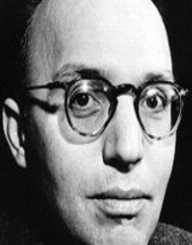 Kurt Julian Weill was one of the best composers in the 1920’s. Coming from a family of operatic performers, Weill already had the genes of a performer. He believed in writing and composing music that serves a socially useful purpose.

Kurt Weill was well known for his work with Bertolt Brecht titled “The Three-penny Opera” which captured the minds of people.  He also composed an orchestra suit in E-flat major titled “The Lay of the Love and Death of Cornet.” He also worked with several people like Georg Kaiser, Maxwell Anderson among others.

Kurt Weill was born into a family of operatic performers to cantor Albert and Emma Weill on March 2, 1900. He was born in Dessau, Saxony Germany. Weill was the third of four children. At the age of twelve, he started taking piano lessons. In 1913, Weill attempted to compose his first song titled MiAddir.

In 1915, Kurt Weill had a chance to perform publicly on piano both as a soloist and accompanist. Weill took the courage steps. Further, the following year Weill composed Lieders to lyrics of several poets such as Anna Ritter and Arno Holz.

At the age of eighteen, Weill graduated from high school (Abitur). He studied composition with Engelbert Humperdinck after he enrolled at the Berliner Hochschule fur Musik.

In 1927, after the explosive show of Weill and Brecht, they went ahead to work on another excellent School Opera, in 1930. After the completion of the project, they both parted ways.

In 1931 Kurt Weill moved on to work in collaboration with Casper Neher on the Opera ‘Die Burgschaft’ and Georg again on ‘Der Silbersee.’ After these collaborations, Weill increasingly gained hostility from the fast-growing Nazi Party. As Hitler got into power, Weill fled from Germany and dissolved his union with his wife Lenya.

In 1935, Weill moved to New York where he became a citizen and reunited with his wife Lenya.

Seven years after Kurt Weill fled Germany, Weill got his first hit producing Maxwell Anderson’s ‘Knickerbocker Holiday.’ Weill became more famous as years went by with several hits such as “Lady in the Dark in 1941, OneTouch of Venus in 1943, Love Life in 1948, and Lost in the Stars in 1949.”

In 1938 Kurt Weill was awarded the “Tony Award for Best Original Score” for his attempt to make American Opera that will both be commercial and artistically successful. Towards this plan, he created the “Street Scene” based on a play by Elmer Rice.

At the age of 26, Kurt Weill married Lotte Lenya who was an actress and sang with a reedy voice. He described her voice as “The one I hear in my head when am writing my song.”

Kurt Weill first met Lenya in 1924, and they got married in 1926. After the issues he had with the Nazi Party he had to dissolve his marriage and flee Germany in 1933.

Weill and Lenya remarried in 1937. With her support, he went on to have several hits even though he went through a moment of frustration from the Nazi Party.

Kurt Weill died at the age of 50 just a month after his birthday (April 3, 1950). He was buried in Mount Repose Cemetery, New York. His wife Lenya took it upon herself to make sure that Weill’s music gained increasing awareness. She formed the Kurt Weill Foundation.

60 years after his death, Weill’s music continues to be performed worldwide. Louis Armstrong and Bobby Darin have performed his “Mack the Knife” as a jazz standard.