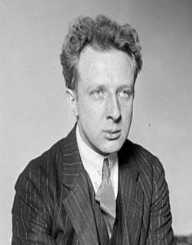 Leopold Stokowski is a world-renowned conductor who founded many well-established orchestras today. One of his notable works includes his musical prowess in Walt Disney's animated film Fantasia. He died at the age of 95 from suffering a massive heart attack on September 13, 1977, at Nether Wallop, England.

Leopold Stokowski married three women in his life. He tied the knot the first time with Olga Samaroff. She was an American pianist who's birth name is Lucy Hickenlooper and gave birth to their daughter named Sonya Maria Noel. They were married for 12 years from 1911 to 1923.

His second marriage came three years later in 1926 to Evangeline Love Brewster Johnson who was the heiress to the Johnson & Johnson medical and pharmaceutical company. She gave birth to two daughters named Gloria Luba and Andrea Sadja before the couple separated in 1937.

His third and final marriage was to Gloria Vanderbilt in 1945 who gave birth to two sons named Leopold Stanislaus And Christopher before their marriage ended in divorce ten years later in 1955.

Leopold Anthony Stokowski was born on April 18, 1882, and raised in London, England. He was of Irish and Polish descent. His parents were Kopernik Joseph Boleslaw and Annie-Marion Stokowski. He has shown an inclination towards music in his younger years. He was a choir member at St. Marylebone Paris Church and later on served as assistant organist at The Temple Church.

At the young age of thirteen, he started attending London's Royal College of Music in 1896. He pursued music by attending Oxford's The Queen's College where he attained his bachelor's degree in music in 1903.

The Conductor at Work and Musical Foundations

Two years after his graduation, Leopold Stokowski relocated in New York in 1905 where he found work as St. Bartholomew's Church's choir director and organist. He decided to pursue a career in conducting and studied the vocation in Paris. In 1909, he made his conducting debut for the Colonne Orchestra after making multiple efforts in various companies. His debut piece was Tchaikovsky's Piano Concerto No. 1 where he was also accompanied by his future wife, Olga Samaroff.

His performance was a success, and he found himself appointed as the director of Philadelphia's Orchestra two months after. He was one of the most sought-after conductors by the mid-20th century and founded a number of orchestras such as the Hollywood Bowl Symphony Orchestra, the All-American Youth Orchestra, and the New York City Symphony Orchestra.

Leopold Stokowski is known to have a flair for the dramatic. One of his notable gestures during his performances is his throwing of the music sheets in the air and conducting without the said materials, as well as the use of play of lights that illuminated his hand gestures and silhouette. Stokowski is also credited for his memorable free-hand conducting of which he opted not to use a baton during his performances.

He is also attributed for the seating arrangement in the orchestra of which the first and second violins are located at the left of the conductor while the cellos and the violas are positioned at his right.