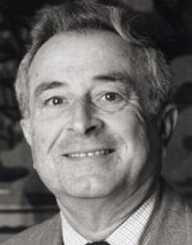 Alfred G. Gilman was an American pharmacologist and biochemist who won the Nobel Prize in Physiology or Medicine in 1994. Born on July 1, 1941, Alfred G. Gilman shared the award with Martin Rodbell for their “discovery of G-proteins and the roles of the proteins in signal transduction in cells.” Alfred G. Gilman became a Professor at the University of Virginia School of Medicine in 1977 after serving as Assistant Professor of pharmacology in 1971. Alfred G. Gilman also served as a Chair of the Pharmacology Department at the University of Texas Southwestern Medical Centre at Dallas in 1981 until his retirement in 2009. From 2009 to 2012, Alfred G. Gilman was appointed at the Cancer Prevention and Research Institute of Texas as chief scientific officer. Gilman founded the Regeneron company and the Alliance for Cellular Signalling. He received several awards and honor for his works.

Alfred G. Gilman was born on July 1, 1941, to Alfred Gilman and Mabel (Schmidt) Gilman in New Haven, Connecticut. Alfred G. Gilman had an elder sister named Joanna Gilman. His father was a professor at the Yale School of Medicine and co-authored the pharmacology textbook Goodman and Gilman’s The Pharmacological Basis of Therapeutics with Louis Goodman. His middle name Goodman was in honor Louis Good. Alfred G. Gilman received his elementary education in White Plains. He continued at The Taft School in Watertown, Connecticut for his 10th and 12th grades. Alfred G. Gilman referred to the school as "a strict, monastic, and frankly unpleasant environment in the 1950s: academic boot camp."As the school was known for its sporting activities, he recalls that he was "the worst 120-pound lineman on the intramural tackle football team."

After graduation, Alfred G. Gilman enrolled at the Yale University. While there, he worked in the laboratory of Melvin Simpson and his first research was to test the adaptor hypothesis of Francis Crick. This was there that he met Kathryn Hedlund, his future wife. He graduated with a BA in biology with a major in biochemistry in 1962. After his graduation, he briefly worked at Burroughs Wellcome & Company in New York under Allan Conney. He collaborated with Conney for his first two research papers in 1963. Alfred G. Gilman later enrolled at the Case Western Reserve University School of Medicine in Cleveland, Ohio for a combined MD-PhD program upon the persuasion of Nobel Laureate pharmacologist, Earl Sutherland. Sutherland was a close friend of Gilman’s father and had introduced the combined program at the University

Alfred G. Gilman graduated from Case Western in 1969, studying under Theodore Rall. Alfred G. Gilman enrolled at the National Health University for his post-doctoral studies from 1969 to 1971. While there, he studied under Nobel laureate, Marshall Nirenberg. Nirenberg assigned him to research into the nerve endings (axons from cultured neuroblastoma cells), which he referred to as "a truly boring project." Alfred G. Gilman rather chose to research into a new method for studying protein binding against the wish of Nirenberg. Alfred G. Gilman produced results after six weeks of work, and being impressed, Nirenberg asked the results to be published in 1970. Although work was simple, it was an important biochemical analysis in studying cyclic AMP.

Alfred G. Gilman became the dean of the University in 2004 and served as the Executive Vice President for Academic Affairs and Provost from 2006 to 2009. After retiring from the academic circles, Alfred G. Gilman was appointed to the Cancer Prevention and Research Institute of Texas as chief scientific officer. Three years on that post, he resigned as the Institute became under political and commercial pressures. Alfred G. Gilman was a co-founder of the Regeneron, a biotechnology company in Tarrytown, New York. He was also the founder and Chair of the Alliance for Cellular Signaling and became the Director in 1990. Alfred G. Gilman served as the Director of the drug company, Eli Lilly & Co in 2005.

Alfred G. Gilman was married to Kathryn Hedlund in 1963. The couple had three children Amy Ariagno, Anne Sincovec, and Edward Gilman. He died on December 23, 2015, at age 74 of pancreatic cancer in Dallas, Texas.

Earl Sutherland and Theodore Rall had discovered since the 1960s worked on cyclic APM, formed from ATP by the enzymes adenylyl cyclase. Martin Rodbell discovered that cyclic AMP was not directly influenced by hormones but after guanosine triphosphate (GTP) is released from the cell membrane. His only shortfall was how to produce GTP molecules. Alfred G. Gilman, on the other hand, discovered that the missing membrane protein was responsible for mediating hormonal signal to cyclic AMP by producing GTP. These findings were later published from 1977 and 1979. Alfred G. Gilman was able to identify and isolate the new protein in 1980 and called it G protein. This discovery won him the Nobel Prize in Physiology or Medicine along with Martin Rodbell.