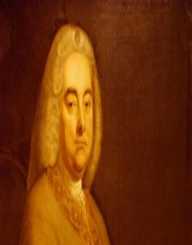 George Frideric Handel was born on February 23rd, 1685. His place of birth was in Halle, Germany. Handel was famous for his operas, anthems, oratorios and organ concertos. His opera came about in 1705 as he was the composer of Almira. While in England, he produced some operas. He was doing this with Royal Academy of Music. After operas went out of fashion, he switched and began composing oratorios. This was the period when he produced his famous oratorio named Messiah. Handel died at the age of 74.

Handel’s parents were George Handel and Dorothea Taust. At the time of Handel’s birth, his father was 73 years old. His father was quite famous for his profession as a barber-surgeon. He was serving in both the courts of Margraviate of Brandenburg and Saxe-Weissenfels. While Handel was young, it was evident that he had a passion for music. His father, George, was not into the idea that his son loved music. He wanted his son to pursue civil law.

To ensure that George Frideric Handel diverted his interest from music, his father was strict on him accessing any musical instruments. However, Handel persisted, and he found himself a small room at the top of their house. He used this place to practicing his music skills when other people were asleep. His efforts proved fruitful as he managed to play the pipe organ and harpsichord professionally.

With his skills, he got the opportunity to play the pipe organ to the Duke in Weissenfels. It was from this exposure that Handel met Frideric Wilhelm Zachow who was a skilled composer. Zachow was intrigued with the young Handel and he immediately wanted him to become his student. At a tender age of 10, Handel mastered composing for the oboe, the organ, and violin. He was a good student and he mastered all these quite fast at the hands of Zachow. He continued to compose chamber music and church cantatas to the time he was 17 years old. Unfortunately, his compositions were meant for a small audience which meant that he could not be easily recognized out there.

His strict father never gave him the peace he needed to dedicate his time and efforts to music. Handel, therefore, decided to enroll in the University of Halle where he would study law. His passion for music came over his studies, and as a result, he was out of school after a short period.

When Handel was 18 years old, he chose to stick to his music career. At this stage in his life, he took the position of a violinist at Hamburg Opera’s Goose Market Theater. He earned something from this and that he spent additional time in making extra income teaching others what he learned from Zachow.

With the help of the violinist’s position that George Fredric Handel had acquired, he got the attention of many. This was as a result of the skills that he portrayed while playing the harpsichord and the organ. From this, he got the chance to perform in operas.

After this exposure, he began composing operas. His opera debut came in 1705 as he released Almira. This opera was successful as it went on for 20 more performances. After Almira, other operas that he composed were also received well by his audience. With success coming his way, Handel chose to switch locations and try opera in Italy. He composed Rodrigo (1707) and Agrippina (1709).

After working in Italy for a short period, George Fredric Handel met with Italy’s famous musicians. It is at this point that he heard of people’s interest to venture into London’s music scene. In 1710, Handel was on his way to try his music in London. After meeting with King’s Theatre manager, he was given the opportunity to compose an opera. In two weeks’ time, Handel came up with Rinaldo. This was his first breakthrough as it was released in the 1710-1711 period. The recognition that he gained after Rinaldo earned him respect all over.

The subsequent years were also a success for Handel as he performed several times for English royalty. He played for King George I and Queen Anne. In 1719, Handel was requested to take up the position of orchestra master in Royal Academy of Music. This academy was the first Italian opera company ever in London. As a result, Handel did not reject the offer.

Handel got used to London, and he opted to become a British citizen in 1726. It was at this time when Handel Anglicized his name to George Frideric. A year later, Handel established his own opera company and named it the New Royal Academy of Music.

There is no evidence detailing that George Fredric Handel was married to any woman. He kept his private affairs away from the public. In 1732, Handel got a stroke which paralyzed four fingers of his right hand. His music career was falling apart as people lost hope in him. Nonetheless, sooner or later he recovered.

During the later periods of his life, George Fredric Handel was involved in an accident that left him injured. One of his eyes was affected, and this led to other side effects. George Frideric Handel died in 1759 at the age of 74. After his death, his remains were buried in Westminster Abbey.