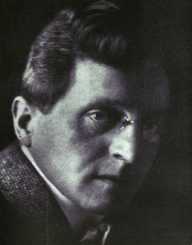 Silvestre Revueltas Sánchez was born on December 31st, 1899. He was a famous Mexican composer of the 20th century. Through his exceptional music, he cemented his place in the world of music. Besides composing music, he was also a violinist, teacher, and a director.

Silvestre Revueltas Sánchez was born on December 31st, 1899. His birthplace was in Santiago Papasquiar in a place called Durango. He was the oldest son in a family of twelve children. Growing up, Revueltas showed interest in music right from a tender age. When he was aged five, his father bought him a violin as a present. This gave him an opportunity of learning to play violin by the time he was eight years old.

Sánchez initially went for his classes at the National Conservatory in Mexico. Later, he migrated to the United States. The Mexican uprising Revolution influenced his decision to move. Here, he enrolled at St Edward College located in San Antonio, Texas. Subsequently, he continued studying music in the Chicago College of Music.

Opportunities soon opened up for Silvestre. Around this period, he was offered a chance to act as an assistant conductor for the National Symphony Orchestra of Mexico. This was a post-Carlos Chávez offered him. He continued with his conducting services until 1935.

At the onset of Silvestre's career, he began with concerts and some musical performances. In 1928, for example, he was an orchestra conductor during a performance in Mobile. After that, owing to his prowess in music, he was chosen to serve as the violin professor. Revueltas developed an obsession with his music works while he was working as an assistant director of National Symphony Orchestra of Mexico.

After the Spanish Civil War came to an end, he and his colleges gathered up and organized for performances that uplift people’s spirits. In late 1939, he was the leading conductor in the Symphony Orchestra of Mexico. This performance was held at the Palacio de Bellas Artes and that it brought him immense success to his music career. In fact, it was later considered that this was one of his most significant works.

While working with Chávez, Revueltas managed to uplift the Mexican music as he produced rich music collection from famous names. Due to his undying music efforts, he was offered an enormous role in the music industry before later being given a chance to carry out film compositions.

Besides composing general music, Revueltas was also well known for the musical compositions to be used in films. Moreover, he also wrote songs and chamber music. Some of his most notable works include Sensemayá – an orchestral work, and La Noche de Los Mayas – a film composition.
At one point, Revueltas was also featured in a 1935 film called Vámonos con Pancho Villa! - Let's Go With Pancho Villa. He had a brief role here to act as a piano player.

Silvestre Revueltas Sánchez passed away on October 5th, in 1940.