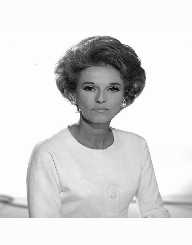 Babe Paley was undoubtedly one of America’s most celebrated socialites and style icon of her time. Having been brought up in a well-off family and later married to an oil tycoon, Babe Paley was able to maintain extravagant costume jewelry with which (together with her signature crimson lips and natural elegance) she inspired many fashion designers including Charles James and Valentino.

Babe Paley was born Barbara Cushing to Dr. Harvey Cushing, a world-renowned brain surgeon, and his wife, Katherine Stone Crowell Cushing. She was born on 5th July 1915, in Boston, Massachusetts, the United States, and was the youngest child in the family. Her star sign was cancer. She had two sisters named Minnies Cushing and Betsey Cushing and were all raised and married in wealthy families.

Babe Paley was enrolled in school for early education after which she proceeded to Westover School in Middlebury. During her time in this school, she was presented as a debutante in Boston in October 1934, with Roosevelt’s sons in attendance. She later joined Winsor School, Boston, from where she finally graduated in 1934.

Paley’s career started when she was still a student in 1934 during which she made her debut which drew great attention, especially during the Great Depression. This was the point at which her social career began. Having completed her studies, she went to New York City where she was employed as a fashion editor at Vogue Magazine. It was during this time that she further developed her taste and style. She, however, left the company in1947 after getting married.

Having resigned from Vogue Magazine in 1947, Babe Paley became a full-time socialite and influential style icon. During this time, she regularly bought haute couture collections from the then major fashion houses including Valentino SPA and Givenchy. With her styles, she inspired thousands of women, most of who tried to copy her.

Babe Paley continually grabbed anyone’s attention with her makeup, hair, and crispness. Her photograph in which she had a scarf tied to her handbag created such a trendy tidal wave and was emulated by millions of women. Moreover, she always let her hair go gray without camouflaging it with dye.

The anti-Semitic prejudices, however, excluded her from various important social functions and exclusive clubs. Nevertheless, she kept a circle of high-society friends including fellow socialites, style icons, and an author.

Along with Gloria Guinness, Marella Agnelli, and others, Paley was included in a group of Glamorous New York socialite women (swans).

In 1938, ‘Babe,’ as she was popularly known, was listed in the International Best Dressed List Hall of Fame. She was later, in 1941, voted the world’s second best-dressed woman by Time Magazine (after Wallis Simpson). Between 1945 and 1946, she featured in the best-dressed list.

Just within the year 1946, she met William S. Paley, a wealthy man with interest in arts. He also had a desire to be a part of New York’s Cafe Society and knew that with Babe’s social connections, he stood a great chance of entering the society.

In 1947, the two got married and later had other two children namely, Kate and Bill Jr. Her husband William, however, later had a chain of extramarital affairs and this made her lonely and frustrated. Her frustration was further increased by the media and society that constantly pressed her to maintain the image of a social goddess, which was during this time, unrealistic. The pressure, coupled with her heavy smoking habit finally affected her health. This eventually led to her death.

In 1994, due to her heavy smoking, she was diagnosed with lung cancer. She knew she wouldn’t make it and even planned her funeral and allocated her belongings to friends and family.