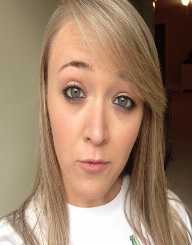 Born on November 22, 1991, Meghan McCarthy is an American film and television producer, screenwriter and a lyricist. She got public attention with her work on the animated television shows My Little Pony: Friendship is Magic, Class of 300, Little Pet Shop and Fish Hooks. She is best known for her presence on social media especially YouTube and has about 1.5 million subscribers and 3.5 million on Vine.

What she started on Friendship is Magic as a crew, but with her experience, the gorgeous lady was given the head and story editor role during the season 2 when the former occupier Lauren Faust left. She is credited with writing about 35 episodes and 25 lyrics of featured songs on the show.

Meghan McCarthy was born in Scranton Pennsylvania, United States. She graduated with a degree in theatre from the University of Auburn.

Meghan McCarthy had an early career in as a voice artist at a young age of three. With her impeccable and unique real voice, she has voiced for Honda and has also featured in adverts for companies like coca cola, Oral-B, Tic Tac, Pringles and Burger King among others. In 2010, she had the opportunity to work on Hasbro's television series, My Little Pony and Fish Hooks alongside Lauren Faust.

McCarthy worked with Faust until 2011 when Faust left the show. She was, therefore, made the co-executive producer from season three and subsequent ones as well as the story editor. McCarthy hard work, creativity and competence gained her promotion in 2015 as Hasbro’s Head of Storytelling for brands like My Little Pony and Littlest Pet Shop. Her new role according to Hasbro Executive vice president,

Stephen Davis was to create expansive worlds and character in respective to the above brands. She has also written and produced works like My Little Pony: Equestria Girls and subsequent sequel. For her lyrics in the Friendship Is Magic episode, Sweet and Elite she was nominated for Outstanding Original Song - Children's and Animation at the Daytime Emmy award.

Meghan McCarthy has a very strong presence on social media having about 3.5 million followers on Vine, 1.5 YouTube subscribers, and about 55,000 Instagram followers. She posted a video of her Cartoon Voice Impression on YouTube and had over 6.7 million viewers.

McCarthy dated Joey Ahern who is also a vigneron 2014 but separated in 2016. She uses to post videos of them together on YouTube when they were dating and did same when they broke up. She posted the video Did We Break Up in which so conceded breakup is nothing fun, but at a time she felt she wasn’t the best she was supposed to be.