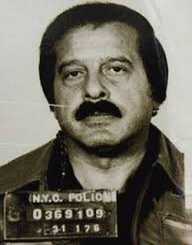 Gregory Scarpa Sr. was an intimidating fellow born on 8th May 1928. He is famous for working for Carmine Persico mafia family and then as an informant to the F.B.I. Before his brush with AIDS, Scarpa terrorized the enemies of Persico family earning nicknames like The Grim Reaper and The Mad Hatter.

The guy lived many lives keeping each apart with quite a tact. The FBI busted him for hijacking. Greg agreed to turn evidence against the crime family that he worked for. His death came on the 4th of June 1994 after struggling with AIDS for some time.

May 8th, 1928 saw to the birth of a baby boy Greg in Brooklyn, New York to Italian immigrants living Salvatore and Mary. Greg joined his father at work when he was just seven years old. They both delivered coal to people’s homes and companies. The humble life did not suit well with his ambitions of a better life for himself and his family.

Gregory Scarpa Sr. greatly admired the life lived by the local thugs and their flashy clothes. Following in the footstep of his elder brother, Greg quickly got into the mob life. Sal, his elder brother, introduced him to the mafia way of life. By the time he was 17 years of age he was showing great promise in the criminal world and caught the attention of Charlie LoCicero of the Persico family.

This gave him a chance to work as a loan shark, extortionist, and collector of debts in the most brutal way possible. Greg finally made his mark by killing some guy in Brooklyn Street.

The FBI arrested Gregory Scarpa Sr. when he was hijacking vehicles. The FBI was conducting a raid. They convinced Greg to turn in state evidence against his bosses for a fine payday and also to avoid being charged in court.

In the year 1985, Gregory Scarpa Sr. got indicted for running a credit card scam. The judge left him off easy after his handler DE Vecchio gave the judge a memo on his behalf to show his contribution to the FBI. The judge only fined him $ 10,000- and five-year probation without jail time raising suspicion amongst his bosses and friends.

Gregory Scarpa Sr. fell in love and married Connie Forrest in the 50’s. Three sons and one daughter blessed their union after their marriage. One of his sons Gregory Scarpa Jr. followed his father into the crime family and eventually also became an enforcer. The couple separated in 1973; however, Greg maintained a 30-year relationship with his girlfriend, Linda Schiro. Their union was blessed with two children.

During a shootout with other mobsters while in a safe house, Greg lost his eye to a bullet. This made the judge see him in prison while hearing his case. Greg got sentenced to only ten years in jail due to his deteriorating health. On 4th of June 1994, The Mad Hatter finally gave his last breath. He was at the Federal Medical Center for prisoners in Rochester, Minnesota, due to complications resulting from AIDS.