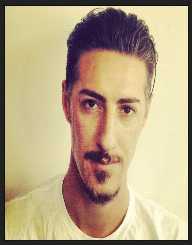 American actor Eric Balfour was born on the 24 April 1977 to Sharon Salter and David Balfour in Los Angeles California. He has one sibling, a sister Tori.

He started acting as a young age appearing in Kids Incorporated, Dr. Quinn, Medicine Woman; Arresting Behavior, Boy Meets World and Step by Step. He had a role in the pilot of Buffy the Vampire Slayer, a short-lived role playing a victim.