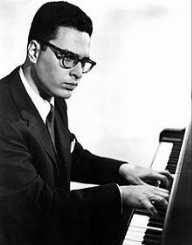 Leon Fleisher was born 23rd July 1928 in San Francisco, California, in the United States. His father was a hat maker, and his mother decided her son would become a concert pianist. As a result, Fleisher began piano lessons when he was four years of age.

By the age of 16, Fleisher played with the New York Philharmonic. He studied under Artur Schnabel, and he was taught a tradition directly brought down from Beethoven.

Fleisher signed a record contract during the 1950s.

In 1964, he developed a condition called focal dystonia. As a result, he could only play with one hand. Fleisher could finally use his hand again after treatment in the 1990s. He had botox injections for the issue with his hand, and they were successful.

In 2004, Fleisher released his first recording in forty years where he used both hands to play. He performed with the Berlin Philharmonic later that year.

Eight years later, the Supreme Court of the United States invited him to perform.

From 1968 to 2003, he co-directed and founded the Theater Chamber Players. They were the first resident chamber ensemble to perform at the Smithsonian Institution.

In 2010, Fleisher published his memoirs in a book called, My Nine Lives.

Among his awards and honors, Fleisher has the following:

He is a Fellow of the American Academy of Arts and Sciences, and he holds several honorary university degrees.