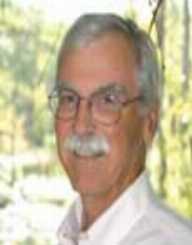 Eric F. Wieschaus is a leading development biologist who has extensively worked on the embryogenesis in the fruit fly (Drosophila). He won the 1995 Nobel Prize in Physiology or Medicine along with two others. He has worked in Switzerland, Germany and then finally settled in the United States where he works as a professor in biology.

Eric F. Wieschaus was born in South Bend, Indiana on June 8, 1947. His star sign is Gemini. His interests in biology were developed at an early age when his family moved to Birmingham, Alabama. He spent his time collecting flies, frogs and other insects in the woods.

Wieschaus was an avid reader as a child and wanted to grow up to become a painter.

Eric went to the John Carroll Catholic High School where he excelled in studies. But he didn’t pay much attention to a career in science. Only after attending a program by the National Science Foundation, Kansas, where he was shown how to dissect animals, his curiosity in biology started to grow.

He got more hands-on experience by going to the neurological laboratory of the Dahls where he experimented on a large tortoise.

Wieshchaus graduated from the school in 1965 and enrolled at the University of Notre Dame. To support himself, he worked part-time preparing fly food for the Drosophila. By this time, he was determined to become a biology major.

Wieschaus went to Yale after finishing his degree in 1969. Five years later, he earned his Ph.D. from Yale.

While working part-time to prepare fly food, Wieschaus developed an interest in embryology and took a few courses. When he moved to Yale, he became an assistant to Donald Poulson and worked on the embryology of Drosophila.

Wieschaus also worked under Walter Gehring and moved to Switzerland with him while learning in-vivo techniques of culturing embryos.

The most important point in Wieschaus’ career came in 1978 when he joined the EMBL (European Molecular Biology Laboratory), Heidelberg, Germany. He was the lead researcher for the first time. Here he worked with Christiane Volhard – his close friend and together they did a lot of research on embryos. Being free from teaching obligations allowed them to work freely and the achieved rapid progress.

After working with over 40000 different families of Drosophila, they arrived at the groundbreaking result – identification of the 139 genes responsible for transforming Drosophila eggs to embryos.

A year later, Wieschaus returned to the U.S. and became an assistant professor of Biology at Princeton. Within six years, he was made a full professor. He spent more than 20 years teaching students at Princeton.

His research is crucial as the genes identified by him are also found in human beings and can help in finding a cure for the developmental disabilities that sometimes occur in human beings.

Eric F. Wieschaus shares the Nobel Prize in Physiology or Medicine with his work partner and friend Christine. They won it in 1995, almost 15 years after their actual discovery of the embryonic development of Drosophila. This prize is also shared with Edward B. Lewis from Caltech who did independent research on the same topic.

Eric F. Wieschaus met Gertrude Schupbach while he was in Zurich. She was a molecular biologist with the same field of work as Wieschausand the two connected well together and eventually got married in 1983. Gertrude uses the pen name Trudi and is a professor of molecular biology at the Princeton University. They have three daughters together – Ingrid, Eleanor, and Laura.

Wieschaus believes in non-violence and is firmly against the war. He opposed his country’s participation in the Vietnam War through protests and petitions and became a conscientious objector.