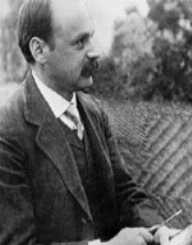 Albrecht Kossel was born on September 16, 1853. He was a German biochemist. In 1910, he received the Nobel Prize for Physiology or Medicine for his contributions in analysing the chemical composition of one of the genetic substances of biological cells, the nucleic acids.

Albrecht Kossel was born on September 16, 1853, in Rostock in Germany. He was born to Albrecht Karl Ludwig Enoch Kossel who was a merchant and a Prussian Consul and Clara Jeppe Kossel. He attended the Gymnasium at Rostock for his secondary education. In 1872, he joined the University of Strassburg where he studied Medicine. He was under the guidance of Felix Hoppe Seyle. He completed his studies at the University of Rostock. In 1877, he finished the German Medical Licence Examinations.

In 1877, Albrecht Kossel became a research assistant to his professor Felix Hoppe at the University of Strassburg. He developed the theory that the substance called nuclein which is present in the nucleus of a cell consisted of protein and non-protein constituents. He continued by stating that the substance contains generic information of living cells and is presently known as nucleic acid. He contributed to the early publications of the Journal for Physiological Chemistry which was founded by Felix. In 1895, Felix died, and so he became the editor of the journal until his death.

In 1878, Albrecht Kossel obtained his degree of Doctor of Medicine. In 1883, he became a Director of the Chemistry Division at University of Berlin at its Physiological Institute. He continued his research on the nucleic acid, and he succeeded in examining and isolating its five components. He named the elements as adenine, guanine, uracil, thymine, and cytosine which are now known as nucleobases.

In 1895, Albrecht Kossel moved to Marburg in the German State of Hessen where he became an Ordinary Professor of Physiology and Director of the Institute of Physiology at the University of Marburg. He discovered a-amino acid, histidine, which is used in the biosynthesis of proteins. He isolated the drug Theophylline which is used for respiratory diseases such as asthma.

In 1901, Albrecht Kossel joined Heidelberg University as an Ordinary Professor of Physiology and Director of the Heidelberg Institute for Protein Investigation. He continued with his research on proteins which led to his discovery of flavianic acid. In 1923, he was a representative of Germany in the 11th Physiological Congress in Edinburgh in Scotland. He received an honorary degree from the University of Edinburgh at the Venue. In 1924, he became Professor Emeritus. Some of his works include ‘Investigations into the Nucleins and their Cleavage Products,’ ‘The Tissues in the Human Body and their Microscopic Investigation’ and ‘The Relationship between Chemistry and Physiology’ among others.

In 1910, Albrecht Kossel received the Nobel Prize in Physiology or Medicine.

In 1886, Albrecht Kossel married Luise Holtzman with whom he had three children. He died on July 5, 1927, of angina pectoris. He died at the age of seventy three. He was buried in Heidelberg in Germany.