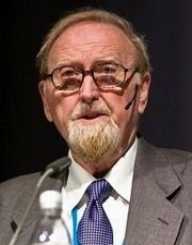 Sir Clive William John Granger was born on September 4, 1934, in Swansea, Wales. His parents were Evelyn and Edward John Granger.

As a young adult, Clive Granger attended Nottingham University. Here, his studies were primarily focused on the subject of mathematics. He later graduated from this school in 1955 with a bachelor’s degree.

After earning his bachelor’s degree, he began his professional career as a lecturer. However, he continued his studies, working towards a doctorate. He would later earn his Ph.D. in 1959.

In 1956, Clive Granger began working as a junior lecturer at his alma mater, Nottingham University. It was while here that he wrote his first serious academic paper [that would become published]. The paper was later shown in the Astrophysical Journal. In 1959, Granger earned the Harkness Fellowship. With this fellowship, he was allowed to teach at Princeton University for one school year, until 1960.

In 1969, Clive Granger came up with a hypothesis test which is now named after him, called the Granger Causality. This suggests that when two related things are together that thing #1 causes thing #2 to happen. Therefore, what thing #1 used to be, and what it later became can help to predict what thing #2 could become, based on what it used to be in relation to thing #1 and how it could share that same difference (or a similar one) later on when again compared to thing #1. This is most often used in economics.

In 1974, Clive Granger began working at the University of California. He would end up teaching here until his retirement in 2003. Granger built upon another concept, called cointegration, in 1987. The concept was introduced in a paper he wrote to Robert Engle. The concept had first been suggested by Udne Yule in 1926. However, in the 1980’s, economists, mathematicians, and scientists needed something better to use. This concept states that if a collection of things are integrated in order, and a linear combination if added, then this collection of things are cointegrated. This is most often used in statistics. One equation for testing cointegration, the Engle-Granger Two-step Method, is shown below.

In 2002, Clive Granger began acting as the president of the Western Economic Association. He held his position until 2003.

In 1964, Clive Granger (along with Hatanaka) published his first book: Spectral Analysis of Economic Time Series.

During his lifetime, he published many essays, articles, and papers. Some of his most famous of these works are listed below.

All of Clive Granger’s awards and accomplishments are due to his work in economics. Some of his most prestigious awards are listed below.

Nobel Prize in Economic Science (shared with Robert Engle) (2003)
Clive Granger was made a Knight Bachelor in 2005.
He was a Fellow of both the Econometric Society (1972) and the British Academy (2002).

Clive Granger earned many honorary degrees. Some of the universities he earned these from are the following: University of Nottingham, Stockholm School of Economic, University of Loughborough, and Aarhus University.

Near the end of his life, Clive Granger was diagnosed with having a brain tumor. This tumor would later be the cause of his death. Clive William John Granger died on May 27, 2009, in San Diego. California, USA. He was 74 years old when he passed away.