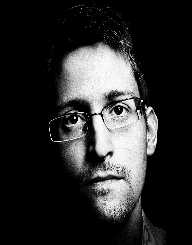 Edward Snowden was born on June 21, 1983, in Elizabeth City, North Carolina, USA. Snowden’s mother worked for the government, and his father was in the military.

Edward Snowden was not in high school for long before he dropped out. He later went on to attend Anne Arundel Community College. He studied here for the first time in 1999 until 2001. He then left the school for several years before returning in 2004 and staying until 2005.

After finishing his studies at Arundel Community College, Edward Snowden began working as a security guard at the University of Maryland. The college he worked at had ties with the National Security Agency. Because of these ties, he soon began working at the CIA.

Edward Snowden continued to work at the CIA until he was suspended from his job for trying to break into secret government files. After this, he began to work as a private technological consultant. Edward Snowden worked with many major companies during this time, including Dell. It was actually through Dell that he found ties to work as a subcontractor in a Japanese NSA office for a short time until he was transferred to Hawaii.

While working for several computer groups, Edward Snowden began to notice just how much information and surveillance the NSA had access to. He was disgusted by this, and he was determined to expose the NSA for what they were. Edward Snowden took on a habit of copying all of the NSA documents that he could get his hands on. He stored up these documents until he had enough to prove what the NSA was doing.

In 2013, he traveled to China. While there, he met with several journalists. He finally settled on with the newspaper, The Guardian. He gave this newspaper the documents he had taken from the NSA. The newspaper later released the documents from Snowden. The story went viral. Soon, other newspapers, like The Washington Post, took on the story. As time went on, more news about the kinds of information the NSA was collecting, and where they were collecting it from, were released.

In June 2013, Edward Snowden was officially charged with theft of government property, as well as several related crimes. He did not go to court for his crimes at first. Instead, he took asylum in several countries around the world, including Ecuador, Russia, and Venezuela. Snowden currently is living in exile in Russia and is considering becoming a Russian citizen.

Since he was charged with several crimes, the country has been locked in a discussion about whether the NSA should still be allowed to collect as much information from innocent Americans as they do. Since the call for his arrest, Edward Snowden has also requested a fair trial and to be pardoned. Both of his requests have been denied. There is currently no telling when or if Snowden will return to the United States. However, he has communicated with many American newspapers and television shows through the Internet. He continues to hold a strong stance for the protection of electronic information.