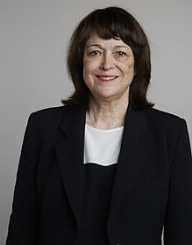 Linda B. Buck is an American biologist who won the Nobel Prize in Physiology or Medicine in 2004 for her ground-breaking work regarding human pheromones and receptor neurons on the olfactory sensory system. She shared the Nobel Prize with fellow biologist and professor Richard Axel.

Linda Brown Buck was born in Seattle on January 29, 1947. She has two siblings. She was the middle child. Buck had an acute interest in science from an early age. Her father was an engineer who devoted himself to research and invented a number of things. This inspired Buck to pursue science and she did her B.S. in microbiology and psychology from the University of Washington. Buck specialized in immunology and in 1980, she completed her Ph.D. from University of Texas Southwestern Medical Center in Dallas.

Buck began her postdoctoral research under Dr. Benvenuto Pernis in 1980 at Columbia University. Two years later, she shifted to the Cancer Research Department and started working with Dr. Richard Axel. Buck developed an interest into the intricacies of the olfactory system and together with Axel started delving deep into the mysteries of its complex mechanism.

In 1991, they made their big discovery after identifying genetic codes for more than a thousand odour receptors. The duo started analyzing rat DNA at first and found that these new-found receptors belonged to the G protein-coupled receptor family. These findings helped her to establish her own lab at Harvard Medical School where she was appointed the assistant professor of the Neurobiology Department. Over the years Buck continued publishing several findings related to the working of the odour receptors and how the sensory inputs are perceived by the brain. Buck is currently working as an Affiliate Professor of Physiology and Biophysics at the University of Washington, Seattle. She is also a part of the Basic Sciences Division at Fred Hutchinson Cancer Research Center.

In 2004, Buck and Axel were awarded the Nobel Prize in Physiology or Medicine. In the 90s, Buck received a lot of awards for her paper including Unilever Science Award, Lewis S. Rosenstiel Award for Distinguished Work in Basic Medical Research, R.H. Wright Award in Olfactory Research, etc. Buck is in the Selection Committee of the Shaw Prize for outstanding contribution to Life Science and Medicine. A year prior to her Nobel win, she was inducted into the National Academy of Sciences. From 2008 onwards, Buck is a respected member of the American Association for the Advancement of Science (AAAS) and the American Academy of Arts and Sciences. In 2015, she was bestowed upon with an honorary doctorate by Harvard University.

Buck met Roger Brent in 1994. The couple married in 2006. Brent himself is a distinguished biologist and like his wife is a Full Member at Fred Hutchinson Cancer Research Center.