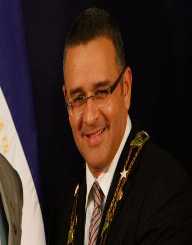 Mauricio Funes was born on October 18, 1959. He was the president of El Salvador between 2009 and 2014 a position he earned through Farabundo Martí National Liberation Front (FMLN) political party (left-wing member). While at the university he studied communications (Audio Visual Aspect major). Unfortunately, his eldest brother was murdered in the Salvadoran Civil War, and Funes had to drop his studies before attaining his Degree. He later began his career as a television reporter. This earned him much fame not only in El Salvador but also internationally.

Mauricio Funes utilized his reporting influence to criticize the right-wing political power which was then in power. As expected this was not received with open arms. Despite much rejection and opposition, Mauricio Funes remained adamant in his criticisms. This made him rise in popularity, and he later came to overpower the right wing. While in power he managed to amend many things which improved both social and economic status of El Salvador

Mauricio Funes was born on October 18, 1959. His birthplace was San Salvador. He studied in Jesuit grade school before joining Jesuit Universidad Centroamericana de José SimeónCañas (UCA). Jesuit grade school had a catholic set-up which greatly influenced Funes’s political quest. His studies at the university were cut short by the murder of his eldest brother in August 1980.

Mauricio Funes taught communication with more emphasis on audio-visual aspects in Catholic schools. This is with the knowledge he attained in the University despite dropping out before graduating. His career as a journalist began at state education channel in 1986. He later joined a channel known for its independent coverage for news known as channel 12. While at channel 12 Funes was also a correspondent for the Spanish language for the Cable News Network.

Mauricio Funes Together with Francis Miguel Hasbún his sociology professor way back in the university came up with the audiovisual center and radio station at the UCA. Francis was a famous leftist activist. Funes received threats and much opposition from the right wing due to his reporting of leftist Salvadoran politics. His position at Channel 12 ended in 2005 when he was fired along with other journalists. This gave him an opportunity to explore more in other Television channels, making him more renowned.

He then decided for a career change from journalism to politics in 2007. He was a presidential candidate with FarabundoMartí National Liberation Front (FMLN) political party.  He was the first non-guerrilla candidate for more than 25 years.

In 2009 he became the president of El Salvador. He made history for the third time where power was handed over peacefully. Funes came up with many reforms in his country especially in his early years in power. These include reduction of the Homicide rate, improvement of health care and maintenance of good business relations with other countries. However, his term ended badly with accusations of corruption.

Mauricio Funes put much effort in the rehabilitation of schools and health facilities. He also focused on having temporary shelters for refugees while a permanent solution is in progress. In 1994 He was awarded Maria Moors Cabot prize by the Columbia University for his great influence in empowering the press.

Mauricio Funes was married to Vanda Pignato. She was a former first lady and was once in Worker's Party in Brazil. Funes and Vanda Pignato had one son Gabriel. Their marriage came to an end in October 2014. Funes’s eldest son Alejandro Funes Velasco was murdered at the age of 27 in Paris where he was undertaking his photography studies.