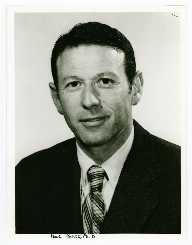 Robert Mulliken was born on June 7, 1896, in Newburyport, Massachusetts, USA. His parents were Katherine and Samuel Mulliken.

Robert Mulliken graduated from high school in 1913. His great grades earned him a scholarship to study at the Massachusetts Institute of Technology. He later graduated from this school with a bachelor’s degree in chemistry in 1917. He worked for several years after this before returning to school.

In 1919, Robert Mulliken returned to school, this time attended the University of Chicago. He stayed there until he earned his Ph.D. in 1921.

After earning his degree, Robert Mulliken began working for the United States military as a chemical engineer, since the country was involved in World War I around this time. He mostly worked on researching poisonous gases while here. He kept this job until the end of World War I in 1918.

After earning his Ph.D., Robert Mulliken began working primarily on research on isotopes and molecules. He made many discoveries during the 1920’s. In 1925, Mulliken began traveling and researching with several other accomplished scientists, including E. Schrodinger and M. Born.

In 1926, Robert Mulliken began working at the New York University. He taught physics here. It was while working here that he worked closely with F. Hund. Together, they worked on the Hund-Mulliken Theory (also known as molecular orbital theory). This theory states that electrons do not always have individual bonds to atoms, but instead they move and are influenced by the nucleus of an atom. The qualities of the electrons help them to form orbitals. He worked here until 1929.

In 1929, he left New York University and began working at the University of Chicago, where he also taught physics. Robert Mulliken started out as an associate professor but was promoted to full professor in 1931. While there, he continued working on his research. One of the things he discovered (in 1934) was a new way to estimate the electronegativity of elements.

In 1942, Robert Mulliken began working for the United States government. While working with them, he was a part of the Manhattan Project. This was the project that worked to make the two atom bombs which were later dropped on Japan near the end of World War II. At the time of the project, it was top secret. Now, many details of the project are known. One thing we know is that many colleges and universities, as well as individual scientists, were involved in the project. Hundreds of people were involved in one way or another. While on the project, Robert Mulliken was the director of information for the Plutonium project where he already worked, at the University of Chicago.

In 1955, Robert Mulliken worked as a lecturer at Cornell University. After this point, he worked mostly as a traveling guest lecturer. He also lectures at Yale University.

All of Robert Mulliken’s awards and accomplishments are due to his achievements in science. Some of his most prestigious awards are listed below.

Robert Mulliken married Helen von Noe in 1929. Together, the couple had two daughters. Sadly, von Noe died in 1975. Mulliken did not remarry.

Robert Mulliken died on October 31, 1986, in Arlington, Virginia, USA. The cause of his death was a heart attack. He was 90 years old when he passed away.