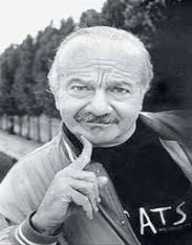 Argentine tango composer, famed bandoneon player and one of the greatest exponents of the Argentinean musical genre, Astor Pantaleón Piazzolla was born on March 11, 1921, in Mar del Plata, Argentina to his Italian immigrant parents Assunta Manetti and Vicente Piazzolla. In 1925, his parents left Argentina and moved to Greenwich Village in New York City, United States of America.

It was not an ideal place for residence at that time being occupied by a mixture of notorious outlaws and industrious settlers. Astor soon found himself on the streets supposed to take his own care, his parents most of the time being away working long hours. From his early childhood days, he developed a liking for tango music by listening to his father’s collection of music records especially the tango orchestras of Julio de Caro and Carlos Gardel. In 1929, his father purchased a bandoneon after having spotted it in a New York pawn shop.

Astor Piazzolla began playing bandoneon after that and soon became an expert bandoneon player. In 1930, Astor’s family moved to a better residential area called Little Italy in Lower Manhattan after having returned to the New York City post a brief visit to Mar del Plata. Astor went on to compose his first tango ‘La Catinga’ in 1932.

He was introduced to classical music under the tutelage of Hungarian born classical pianist Bela Wilda, who taught him to play Bach on the bandoneon. In 1934, he appeared in a small part in the movie ‘El día que me quieras’ produced by Carlos Gardel, one of the most important and prominent figures in the history of tango music.

Destiny played its part in favor of Astor Piazzolla when he could not accompany Gardel on his tour due to his father’s stubborn refusal to allow him to accept Gardel’s invitation. Gardel and his entire musical entourage were wiped out from the world by an unfortunate plane crash during the continuation of their tour in 1935.

Astor Piazzolla and his family finally returned to Mar del Plata in 1936 after having spent 11 years in the United States. He began playing a number of different variations of tango orchestra immediately after landing in his home country Argentina. In 1938, he moved to the Argentinean capital city of Buenos Aires and joined the group of bandoneonist Anibal Troilo the following year.

The bandoneonist orchestra of Troilo gradually became one of the greatest tango orchestras of that time, and Astor Piazzolla played a significant part in its development as the fourth bandoneonist, occasional piano player and arranger of the musical ensemble. Within the next 3-4 years, he found himself in a financially comfortable position earning an adequate income working with the said orchestra.

Thus, he enriched and enhanced his musical skills to a formidable level and began using these newly acquired artistic skills in his future compositions. He composed his first classical work; Preludio No. 1 for Violin and Piano and Suite for Strings and Harps soon afterwards.

In 1944, Astor left the orchestra of Troilo and joined the ensemble of another tango singer and bandoneonist Francisco Fiorentino. He remained a part of this group until 1946 and created many song recordings with the group including his first two instrumental songs; La chiflada and Color de rosa.

Astor Piazzolla formed his own orchestra, Orquesta Típica in 1946 and started experimenting with the musical contents of tango concerning his own approach towards orchestration. He soon came out with a new form of tango with some modification over the style of traditional tango and named it Nuevo Tango. By 1955, he revolutionized this unique style of tango by incorporating and blending elements of jazz and classical music in it.

Astor is regarded as one of the world's leading composer of tango music and the greatest exponent of the traditional Argentinian musical genre. He successfully experimented with the fusion of all three musical genres with his newly formed group of Quinteto Nuevo Tango during the 1970s.

Astor Piazzolla married his first wife artist Dedé Wolff and had two children together. The couple later divorced. He remarried twice after that. He breathed his last on July 4, 1992, in his Buenos Aires home after having survived two heart attacks in his immediate past.

He has more than 1000 musical compositions to his credit which are regarded as enduring classics.