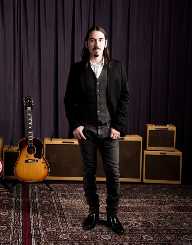 George Harrison was born on February 25th, 1943. He was born in Liverpool, England. While Harrison was still young, he teamed up with his schoolmates to play for clubs that were in Liverpool and around Hamburg, Germany. The Beatles was a favorite band during their time as they went from hit song to hit song. After his career with the Beatles, Harrison’s solo career was also a success. He established a movie production company. Harrison died at the age of 58.

George Harrison was born in 1943 in Liverpool, England. He was the youngest son of Harold Hargreaves, his father, and Louise Harrison, his mother. He had two other brothers Peter and Harry and one sister named Louise.

Harrison’s love for music was inspired by his mother’s passion for music too. Harrison went to Dovedale Primary School before he later enrolled with Liverpool Institute in 1954.

George Harrison’s career took off after he was impressed with one of his friend’s performance. Paul McCartney was Harrison’s friend, and he teamed up with John Lennon, who was Harrison’s schoolmate while in the primary. Lennon and McCartney were elder as compared to Harrison and this discouraged Lennon from allowing the youngster to join them in their skiffle group called Quarrymen. With his exceptional audition performance, Lennon was impressed and was convinced that Harrison would fit into the category.

During the 60s, Harrison’s career was doing well. The band had been rebranded to the Beatles. The group earned recognition by performing in Liverpool, England and Hamburg, Germany. In 2 years, the team had a drummer and a new manager. Brian Epstein was the manager while Ringo Starr was the Beatles drummer.

In 1962, the Beatles released their first hit song “Love Me Do” which got to top 20 in the U.K. charts. In 1963, the also released “Please Please Me.” The band had become a household name by 1964, and everybody in England loved their songs. The group went ahead to win the hearts of people across the Atlantic.

The Fall of Beatles

George Harrison felt that his contribution to the Beatles was not well appreciated as Lennon and McCartney entirely dominated the band’s operations. In 1969, while recording Let It Be, Harrison was mad and left the group for some weeks. He only came back after being convinced that his songs would be included in the band’s recordings. A year later, in 1970, the band recorded “I Me Mine,” This was their last ever registering as a team. A few months later, McCartney publicly announced he was leaving the Beatles.

The breaking up of the group was not all bad news for George Harrison as it was a way of expressing his real talent to his fans. He quickly assembled his new band by involving Ringo Starr, Billy Preston, and Eric Clapton. Their main aim was to record the songs that the Beatles had failed to raise interest on. These were George Harrison’s songs.

After releasing a couple of albums, the group went ahead to involve themselves charity organizations such as UNICEF. They performed with a bid to raise money for refugees in Bangladesh. They raised over 15 million dollars for UNICEF. The group’s success was evident when they released an award-winning album that won them a Grammy.

In 1965, Harrison and other Beatles members were allotted for Members of the Order of the British Empire. In 1971, while working with the Beatles, they were awarded for a best original song. They got an Academy Award. In addition to the above, the Rolling Stone Magazine ranks George Harrison as the world’s number 11 Greatest Guitarist of All Time.

George Harrison was married twice during his existence. His first marriage was in 1966 to Pattie Boyd. The two divorced in 1977. Two years later, Harrison married Olivia Trinidad Arias. The couple had a son named Dhani Harrison.