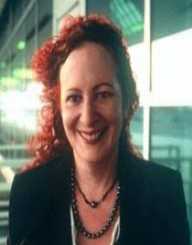 Nancy Goldin was born 12th September 1953, in Washington, D.C., in the United States. Goldin came from a middle-class family who was touched by tragedy when her older sister committed suicide. Goldin was 11 years old at the time.

Goldin left home in her early teens. She enrolled at Satya Community School, and she began experimenting with drugs.

At the age of 15, Goldin took up photography. She was still very affected by her sister’s death, and the photography allowed her to lose herself.

In 1973, Nan Goldin had her first solo exhibition. Her photographs were of the gay and transgender communities in Boston. She lived with drag queens and photographed them in their everyday lives.

Goldin returned to study at the School of the Museum of Fine Arts, and she graduated in 1978. She then moved to New York City. She continued her artistic work, featuring the new-wave music genre, and the gay subculture which was vibrant during the late 1970s and into the early 1980s.

She published The Ballad of Sexual Dependency during this period, which became her most famous work. The work was controversial, including images of drug use and aggressive couples.

Nan Goldin has continued with her publishing through the years, as well as her exhibitions. She also did commercial photography for fashion between 2010 and 2013, for names like Dior and Jimmy Choo.

In later years, she has changed her photographic subjects and has moved into photographs of family life and parenthood, rather than sex and drugs.

Nan Goldin has endured criticism over the years by those who think she glamorizes drugs, but she has condemned the use of heroin.

She has also had seven solo exhibitions between 1987 and 2017, mostly throughout Europe.

Among her awards and honors, Nan Goldin has the following: