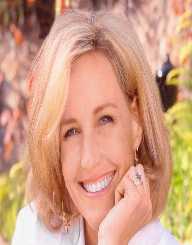 Erin Brockovich, born Erin Pattee is an American environmental activist, consumer advocate and legal clerk. Born on June 22, 1960, she played a vital role in filing a case in court against Pacific Gas and Electric Company (PG&E), California in 1993, despite not having a formal law education.

Erin Brockovich gained attention after the success of the suit and has since become a media personality. She is the host of the ABC’s television series Challenge America with Erin Brockovich and Final Justice on Zone Reality. Her lawsuit was the subject of the film Erin Brockovich in 2000, starring Julia Roberts. Erin Brockovich is the president of Brockovich Research & Consulting.

Erin Brockovich was born on June 22, 1960, to Betty Jo and Frank Pattee in Lawrence, Kansas. Her father was an industrial engineer, and footballer and her mother was a journalist. She has three older siblings, two brothers, and a sister. She was diagnosed with dyslexia at a very young age. She attended Lawrence High School and continued at Kansas State University, in Manhattan, Kansas. She later enrolled at Wade College in Dallas, Texas where she graduated with an Associate in Applied Arts Degree.

In 1981, Erin Brockovich worked with Kmart as a management trainee but later left to contest in the Pacific Coast beauty pageant. This yielded a positive result as she won the contest in 1981. Erin Brockovich was involved in an accident and suffered a neck injury that demanded a neck surgery. In her bid to get compensation, she hired the law firm Masry & Vititoe to represent her in the case. After the trial, Erin who was unemployed but with three kids was employed by her attorney Edward L.Masry as a clerk in 1992.

The basis of this case was perceived contamination of drinking water in Hinkley, California with hexavalent chromium. Erin Brockovich got involved in the case while working for the Masry & Vititoe law firm. She was going through some documents and came across a report for a real estate case involving the utility company Pacific Gas & Electric (PG&E). To her surprise, she found some blood samples attached to the paper and decided to investigate the matter. She later visited Hinkley, where she discovered that the drinking water in the area had been polluted with hexavalent chromium and that was causing some particular illnesses in the area.

This pollution was traced to PG&E compressor station in Hinkley. PG&E had from 1952 to 1966, used the chemical in fighting corrosion in a cooling tower system. The wastewater from the system was discharged to unlined ponds at the site, and some eventually leached into the groundwater. This affected the area near the plant by 3.2 by 1.6 km. To get justice, More than 600 residents in the town hired Masry&Vititoe to represent them in court in 1993. The case was finally settled in 1996 with a compensation of $333 million. Erin Brockovich was given $ 2.5 million of the settlement.

Erin Brockovich has since become an activist and advocator and has been involved in several anti-pollution lawsuits. She was involved in a suit against Whitman Corporation for chromium contamination in Willits, California and another contamination near PG&E's Kettleman Hills compressor station in Kings County, California. The latter was settled for $335 million in 2006. She received a compensation of$430,000for an alleged toxic mold in her Agoura Hills, California home.

In 2009, Erin Brockovich was also involved in a suit against Prime Tanning Corp of St. Joseph, Missouri for hexavalent chromium contamination. It was alleged that waste sludge from leather production, distributed to farmers in the area to be used as fertilizer contained high levels of hexavalent chromium. This according to the lawsuit has resulted in a high number of brain tumors around Missouri and Cameron.

After the successful lawsuit, Erin Brockovich became popular and was approached by Danny DeVito’s production company, Jessy Films for the rights of the story. This resulted in the film feature film Erin Brockovich in 2000 starring Julia Roberts as Brockovich and Albert Finney as Masry. The film became very successful grossing over $250 million worldwide and received five nominations at the Academy Awards. Julia won the award for Best Actress.

Erin Brockovich has received several honorary awards. In 2005, she received an Honorary Doctor of Law and commencement speaker at Lewis & Clark Law School and Honorary Doctor of Humane Letters and commencement speaker at Loyola Marymount University, Los Angeles in 2007. She also has an Honorary Master of Arts, Business Communication from Jones International University.

Erin Brockovich married to Shawn Brown in April 1982. The couple had two children, Matthew and Katie. Erin Brockovich and Brown divorced in 1987. Two years into her divorce, she met Steve Brockovich whom she married in 1989. They divorced just after a year of marriage, and it was after it that she discovered she was pregnant with her third child to be named Elizabeth. Her third marriage was to Eric Ellis in 1999, but that also ended in divorce.