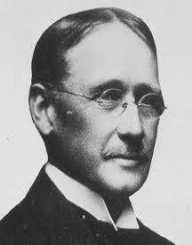 American mechanical engineer Frederick Winslow Taylor was born on the 20 March 1856 in Philadelphia, Pennsylvania into a family of Quakers. His father Franklin Taylor was a prosperous lawyer, and his mother Emily Annette Winslow was an abolitionist. His maternal ancestor, Edward Winslow, was one of the original Mayflower Pilgrims who was later the Governor of the Plymouth colony.

During his early years, Frederick W. Taylor was homeschooled. Later he was a pupil at a private school in Germantown. He studied at the Phillips Exeter Academy in New Hampshire. After passing the Harvard University entrance examination, he changed his mind and took up an apprenticeship.

Frederick W. Taylor's family wanted him to study law at Harvard, but instead, he began working at the Enterprise Hydraulic Works in Philadelphia  (1878) as an apprenticeship in the trades of machinist and pattern maker. He became interested in labour, studying the problems of labour and production.

After six months, he left his apprenticeship to represent various New England manufacturers at Philadelphia’s Centennial Exposition. He then began working at Midvale Steel Works where he completed his apprenticeship and eventually become a foreman, research director and chief engineer of the works.

Frederick W. Taylor was one of the first to investigate ways of improving industrial efficiency in America and one of the first management consultants. He was a leader of the Efficiency Movement and was influential in the Progressive Era (1890s-1920s). He published a book The Principles of Scientific Management (1911).

The Principles of Scientific Mangement (1911) was elected as the most influential management book of the 20th century by the American Fellows of the Academy of Management in 2001. Frederick W. Taylor was the recipient of the Elliot Cresson Medal in 1902.

In 1912, the Taylor Society was formed. The society joined the Society of Industrial Engineers and became the Society for Advancement of Management.

Frederick W. Taylor's wife was Louise M. Spooner, and they had three children.