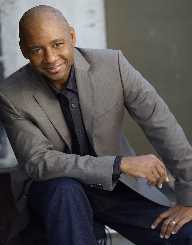 American musician Branford Marsalis was born on the 26 August 26, 1960, in Breaux Bridge, Louisiana. He was the first born son of Ellis Marsalis, a teacher and jazz pianist; and Dolores Ferdinand, a jazz singer, and educator. The eldest of six boys, a number of his siblings are also musicians of note. His brother Delfeayo plays the trombone, Jason is a drummer; while Wynton is a trumpeter and 2 composer who became the artistic director of jazz at the Lincoln Center.

Marsalis studied music at the Berklee School of Music.

Marsalis played with Sting, Omar Hakim, Darryl Jones and Kenny Kirkland with The Dream of the Blue Turtles, Sting’s first solo project (1985) and continued performing and recording with Sting until 1999. He also formed his own quarter, the Branford Marsalis Quartet around this time.  He appeared in the film School Daze (1988), and from 1992-1995 he was the band leader of the band on Jay Leno’s Tonight Show. He played on the AIDS awareness CD Stolen Moments: Red Hot + Cool (1994) which went on to be named TIME magazine’s Album of the Year. During the 1990s, he also worked with the Grateful Dead on a number of occasions.

He also worked with many prominent jazz musicians including Miles Davis, Dizzy Gillespie, Sonny Rollins, Herbie Hanock and Harry Connick, Jr. and Joey Calderazzo. In 2002, he founded the Marsalis Music label and as well as recording his own music, and established musicians; he also encouraged emerging talent. Marsalis has offered courses and workshops lecturing at universities in both in the United States and internationally.

He also formed Buckshot LeFonque, a group which produced two albums. The music they played was classic jazz incorporating elements of hip-hop, rock, R&B and pop music. Their first album was Buckshot LeFonque (1994) and their second was Music Evolution (1997). Always interested in playing both jazz and classical music, Marsalis toured and performed internationally with various chamber ensembles and symphony orchestras. Marsalis recorded a duo album with his longtime collaborator Joey Calderazzo, Songs of Mirth and Melancholy (2011). Four MFs Playin' Tunes was released on vinyl in April 2012, which was later released digitally and on CD later in the year.

His quartet won a Grammy for their album, Contemporary Jazz (2001). The Berklee College of Music presented him with an Honorary Doctorate of Music (2006). Then in 2012, the University of Minnesota awarded him a Doctor of Arts Leadership, an honorary doctorate. In 2011, Marsalis, his father, and brothers received the NEA Jazz Masters Award. Marsalis was also presented with a Jefferson Award when he was given the S. Roger Horchow Award for Greatest Public Service by a Private Citizen (2012) which was also given to Harry Connick, Jr.