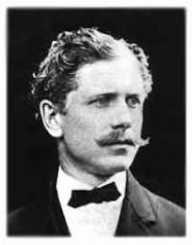 One of the stalwarts of the 19th century American literature, journalist, author and civil war veteran Ambrose Gwinnett Bierce was born on June 24, 1842, in Meigs County, Ohio, United States of America. Born as the tenth child of his parents thirteen children he hailed from classic English heritage.

His father Marcus Aurelius Bierce was a poor farmer having a unique sense and interest in education and literature. Marcus named all his thirteen children with the letter ‘A’ as the initial letter of their name and followed the alphabetical order for the remaining letter of their name according to the chronological order of their birth. Ambrose was raised in Kosciusko County, Indiana and his love for literature was taught by his parents since his childhood.

Ambrose Bierce studied in a local school at the County Seat, Warsaw. However, he did not continue his studies for long and left home at the age of 15. He joined an Ohio newspaper, the ‘Northern Indiana,’ as a printer’s devil (apprentice) after leaving his home.

In 1861, civil war broke out in America. Ambrose Bierce was enlisted in the Union Army at the onset of the war and was commissioned at its ‘9th Indiana Infantry Regiment’. While serving in the army he was involved in several battles including the ‘Operations in West Virginia’ (1861), ‘Battle of Rich Mountain,’ ‘Battle of Philippi’ and the ‘Battle of Shiloh.’

His fearless rescue operations of injured fellow army men during the war brought the attention of the print media. He later recounted the tale of horror he witnessed in his literary works especially in his short stories and in his memoir titled ‘What I Saw of Shiloh.’

He was delegated as a first lieutenant in April 1863 and served as a topographical engineer under General William Babcock Hazen.

His main work was to draw maps of the potential fronts. In January 1865, he was released from the ‘Union Army’ after having participated in the ‘Battle of Kennesaw Mountain’ on June 27, 1864.

He resumed his military career briefly in mid-1866 when he took part in the military expedition undertaken to inspect military outposts. The team led by General Hazen was executed on horseback and wagon and was culminated at San Francisco, California after having originated from Omaha, Nebraska.

Ambrose Bierce began living in San Francisco after resigning from the army. He was awarded the rank of ‘Brevet Major’ as a merit promotion before resigning. Upon relinquishing the army, he began contributing in the local newspapers and periodicals including ‘The Californian,’ ‘The Wasp,’ ‘The San Francisco News Letter’ and ‘The Argonaut.’

Ambrose Bierce moved to England in 1872 and remained there until 1875 contributing to the London magazines ‘Fun’ and ‘Figaro’ simultaneously carrying forward his literary career. He once again settled in San Francisco upon his return from England and resumed his journalism career there. He served as the editor of the local periodical ‘The Wasp’ from January 1, 1881, to September 11, 1885, where he wrote a column titled ‘Prattle.’

He also contributed in ‘The San Francisco Examiner,’ a local newspaper as a regular columnist and editorialist. His writing flair made him one of the most prominent and influential journalists and writer of his time.

Apart from journalism, Ambrose Bierce pursued his writing career and created some of the most beautiful masterpieces of American literature during his illustrious career. His book ‘The Devil's Dictionary’ was rated among ‘The 100 Greatest Masterpieces of American Literature’ by the ‘American Revolution Bicentennial Administration.’

He authored many literary works especially his signature creation of satirical short stories. Prominent among these are "An Occurrence at Owl Creek Bridge", ‘‘The Haunted Valley’’, ‘‘The Moonlit Road’’, ‘‘A Horseman in the Sky’’, ‘‘A Watcher by the Dead’’ and one of his most notable and widely acclaimed book containing many of these classic short stories ‘Tales of Soldiers and Civilians’ (also published by the name ‘In the Midst of Life’). The book was named as the 100 most influential American books printed before 1900 by the ‘Grolier Club.’

Ambrose Bierce married Mary Ellen Day on December 25, 1871. They together had two sons and a daughter. Both his sons died prematurely before his death. He separated from his wife in 1888 after a case of suspected infidelity by her was unearthed by him. They finally divorced in 1904.

Ambrose went to Chihuahua, Mexico in December 1913. The purpose of his visit was to inspect the battlefields he once roamed during the American Civil War and to gather firsthand knowledge regarding the Mexican Revolution. However, he disappeared mysteriously and was last seen in the company of an insurgent group. No trace of him was found ever after.