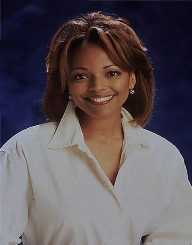 Chip fields gave birth to Kim Fields on 12th May 1969 in the Harlem district of New York City in the American state of New York. Chip was already an actress, and it is perhaps no surprise that her daughter followed in her steps. Her family also ties to the old-time Jazz music legends, “The Cadillacs.” Other reports also point to the fact that Kim's dad was also in the show business. Kim Fields got her first role on the screen when she was just five years old. She appeared on the kiddies’ sensational show, Sesame Street. Kim Fields and her mum headed to Los Angeles when Kim was seven years old to audition for acting roles. They were both on the right track as they got hired almost immediately.

Kim’s parents went their separate ways by the time she turned nine years of age, but she had her big break at this age.Kim was accepted to play the kid role on the set of Different Strokes. She played the inimitable Tootie Ramsey. Kim Fields's role in Different Strokes was one of a student who had a boarding house experience. She played a similar role later when “The Facts of Life” was spun-off the series. When Kim played the role of a 12 –year old in the series in the year 1979, she was still nine years old at the time. Kim also appeared as a guest alongside her mother in the 1974 show “Good Times” although they were not in the same episode.

Kim Fields left Burbank High School in the year 1985 and graduated in 1990 from Pepperdine University. Kim majored in Broadcast Journalism and TV production for a degree in Telecommunications. While in school, Kim Fields was acting in school plays and showcased other literary works.

Kim Fields proved to be an inimitable act when in 1979, the cast of “The Facts of Life” were swept off but she was left standing. When the second season premiered, she had her role in place with three other oldies. The fortunes of the show went on an upswing as TV ratings swelled and an excited audience kept their loyalty to the fun-delivering crew. Over the period, new names appeared on the cast, and a hitherto unknown George Clooney also made the mark. Kim did not get swayed by the changes as she felt the show should have been reinforced around the initial core of acts. This was her viewpoint as against introducing new faces and continuously replacing them.

The theme of the show was situated on the life of Edna Garrett, who had seven wards to cater for in an all-girls abode, which was a boarding school. Although the role Kim filled was initially meant for a Caucasian girl, Kim’s wit was one that left the producer swooning. The show made a run of nine straight seasons before hitting its plateau. Her real-life mother, Chip Fields, was her screen mother on the show. She also reprised the role on the set of the series, “Living Single.”

Kim Fields played a role in Living Single alongside Queen Latifah, and this was for the next sixty months from initial screening. She also made her mark here. Kim tried hands-on performing with the group of RnB genre, known as Impromp2. Kim later moved into the spoken word segment of poetry in the year 2006. She released a compilation titled “Smooth is Spoken Here.”

Kim Fields made a meal as a Director as well when she worked on “The Jersey and Taina” as well as “Keenan and Kel” with mixed acclaim.

Kim Fields is unforgettable for her nine-season run on the set of “The Facts of Life.” Kim was also cast in “What to Expect When You're Expecting.” Kim was on unfamiliar grounds when she competed on the award-winning show “Dancing With the Stars” in the season 22 on ABC. Kim's first screen role is confirmed as a commercial ad for pancake syrup for the Mrs. Butterworth trademark. Kim Fields was voted in high school as the "Most Talented" in the year 1986.

Fields is reputed as the trailblazer for persons of color of the female gender as there was known at the time she hugged the limelight in the decade to 1980.

The millennial age came with its attraction and media spin-offs than that which Kim Fields grew up in. Enter the Real Housewives of Atlanta (RHOA). Kim was invited to the set of RHOA in the 2015 season, and she opted to give it a try. She was reputed to have conducted her background research to see how she will fit in. Kim knew the screen theme could sometimes become awkward and volatile, so, she was prepared for it. She was on the receiving end of accusations during the eighth season as many felt she was out of place in the midst.

Kim decided to leave the RHOA as she announced on the radio show of Ricky Smiley. Kim primed herself for other roles as she exited the show. It was after this exit that she appeared on Dancing with the Stars. Kim was able to have a seven-episode run before she was evicted. The audience reached a consensus that she did put up a befitting appearance.

Kim Fields was previously married to Johnathon Franklin Freeman in the year 1995 although they divorced in the year 2001. Kim got married in July 2007 to Christopher Morgan. They had two sons as at the end of 2013.