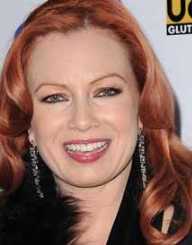 Actress Traci Lords was born Nora Louise Kuzma to Louis Kuzma and Patricia Louise. After the divorce of her parents, Lords moved to Los Angeles with her mother and three siblings.

When Traci Lords was a young teenager, she started work as a nude model, and she began appearing in adult films. In 1986 she was arrested by FBI agents for being in underage in adult films. There was a feeling within the adult film industry that Lords had manipulated them as all films she made were subsequently banned. The only movie she appeared in that was legal, having been made in Europe when she was over 18, she had control of the distribution rights.

After the fiasco with the adult film industry, Traci Lords decided to turn her attention to mainstream acting and began classes at the Lee Strasberg School of Acting. She worked hard to put the adult industry image behind her and established a career as a mainstream actress and singer. She guest starred on MacGyver (1985), Married with Children (1986) and Roseanne (1988).  And she won a role in a 1950s sci-fi remake,  Not of This Earth (1988). She then played the role of Rikki in the television series Melrose Place (1992) and received excellent reviews.

Traci Lords is also a singer and has appeared in various music videos including her cover of Walking in LA.  She had a hit with Last Drag and continued making music.