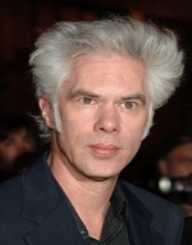 Jim Robert Jarmusch is an American actor, screenwriter, director, producer, and composer. Born on January 22, 1953, he's one of the principal advocates of independent cinema.

Jim Jarmusch has directed several films including, Stranger Than Paradise, 1984, Mystery Train, 1989, Dead Man, 1995, Coffee and Cigarettes, 2003 and Only Lovers Left Alive in 2013, among several others. In December 2002, his film Strangers Than Paradise was added to the National Film Registry. Jarmusch has released two albums alongside Jozef van Wissem. He also composes music for his films.

Jim Robert Jarmusch was born on January 22, 1953, in Cuyahoga Falls, Ohio. He was the second of three children. His mother was a film and theatre reviewer, and his father worked for the B.F. Goodrich Company.

His mother introduced him to the cinema world, as she mostly left him to watch films at a local cinema. As a child, he was influenced by the movie Thunder Road, 1958 and the television show Ghoulardi. Aside films Jarmusch was an avid reader and had interest in literature.

Jim Jarmusch graduated from high school in 1971 after which he enrolled at Medill School of Journalism at Northwestern University. He later transferred to Columbia University as he had a great interest in literature and history and aspired to become a poet. He graduated with a Bachelor of Arts degree in 1975.

The following year, he was accepted to the New York University’s Tisch School of Arts, where he studied for four years. It was there that he met future collaborators and students including Spike Lee, Sara Driver, Howard Brookner, and Tom DiCillo. During his final year, he worked as an assistant to director Nicholas Ray.

Jim Jarmusch was refused a degree after school due to spending a scholarship fund from Louis B. Mayer Foundation meant for paying his tuition on a film for his final project.

Jim Jarmusch's final university project Permanent Vacation, 1980 became his debut feature film. The film, which premiered at the International Filmfestival Mannheim-Heidelberg, was a success winning the Josef von Sternberg Award. In 1984, he released his first major film, Stranger Than Paradise made with a budget of $125,000.

The film was critically acclaimed winning the Camera d’Or at the Cannes Film Festival in 1984 and the National Society of Film Critics Awards for Best Film in 1985. The film became one of the breakthroughs works for the modern independent film. Jarmusch followed the success of Stranger Than Paradise by writing and directing Down by Law, starring Italian comic actor Roberto Benigni and musicians Tom Waits and John Lurie.

This was his first collaboration with Dutch cinematographer, Robby Muller. Jarmusch came out with Mystery Train, 1989 and followed it with Night on Earth in 1991. In 1989, he played the role of a used car dealer in the comedy Leningrad Cowboys Go America and appeared as himself in the episode one of the television series Fishing With John.

Jim Jarmusch came out with Dead Man, 1995, starring Garry Farmer and Johnny Depp and then Ghost Dog: The Way of the Samurai, starring Forest Whitaker.

Aside from filmmaking, Jim Jarmusch is also a musician and was part of the revolving lineup of musicians in Robin Crutchfield's Dark Day project in the 1980s. He later joined the No Wave band, The Del-Byzanteens as a keyboardist and vocalist. In 2005, he was featured on the album, Wu-Tang Meets the Indie Culture.

He collaborated with Dutch lute composer, Jozef van Wissem to release two albums, Concerning the Entrance into Eternity for Important Records and The Mystery of Heaven for Sacred Bones Records, in 2012.

Jim Jarmusch is a member of the rock band SQÜRL alongside Carter Logan and sound engineer Shane Stoneback. He also made some of the music for his films including Only Lovers Left Alive alongside Wissem. Jarmusch has two poems to his credit and is a founding member of "semi-secret society" The Sons of Lee Marvin.