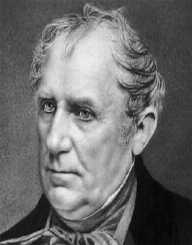 James Fenimore Cooper was born on September 15th, 1789 in Burlington, New Jersey in the United States. Cooper was a famous American writer who rose to fame during the 19th century. His writing career took off after wagering with his wife. Soon, his first publication called Precaution was out in 1820. Later on, he published a series of books under the Leatherstocking Tales which earned him nationwide popularity. One of the books in this series that was a commercial success was The Last of the Mohicans. Cooper passed away on September 14th, 1851.

Born on September 15th, 1789, James Fenimore Cooper rose to become a celebrated author during the 19th century. He was the eleventh son of William Cooper and Elizabeth Cooper. He later acquired his mother’s name, Fenimore. When Cooper was 13 years old, he schooled at Yale University. However, he did not manage to graduate from the institution following his dangerous behavior at the school.

After being disappointed with his education, James Cooper went on to seek employment, and he landed a job as a sailor. This was in 1806. Five years later, Cooper had gained higher ranks of being a midshipman. During his twenties, he inherited part of his father’s property and then wedded Susan Augusta de Lancey at the age of 21. Together, the couple had seven children together. Among them, five managed to live to adulthood.

James Fenimore Cooper's career as a writer began in 1820. During this year, Susan, his wife had wagered on his abilities to write a good and exciting book superior to the ones she was reading. Cooper quickly responded to this wager and wrote the book Precaution – 1820. His first book dwelled on manners and good morals in the society. This was an influence that he derived from Jane Austen way of writing her books. Precaution was anonymously published, and it was well received throughout the U.S. and in England.

A year later, James published The Spy. This book was a significant success in his early writing career. The book was soon recognized as a bestseller. In 1823, he released what would become the first Leatherstocking book series. This book was called The Pioneers. This was the birth of his notable character, Natty Bumppo in his writing. Bumppo was the protagonist of Cooper’s most successful writing, The Last of the Mohicans which was published in 1826. During the 19th century, this book widely read throughout the nation.

Three years after his son’s death in 1823, James Fenimore Cooper together with his family migrated to Europe. Here, he did not stop writing as he published The Water Witch and The Red Rover in Paris. These books featured his life as a sailor back in the day. It is also while living in Paris that Cooper developed close relations with Samuel Morse, a famed painter.

Other books that James Fenimore Cooper released in Europe began to take a political angle. Some of them include The Bravo – 1831, The Heidenmauer – 1832, The Headsman: or the Abbaye of Vigneron and several others. The Bravo depicted the picture of the way the oligarchy system of power dominance ruled Venice.

After spending close to a decade in Europe, James was back to his homeland in 1833. Immediately, he released A Letter to My Countrymen. This book was a criticism of several societal norms that he found unappealing. Other books that he went on to publish featured the trips that he had made. Some of these include the Home as Found and Homeward Bound publications.

James Fenimore Cooper left a legacy behind for being one of the most highly acclaimed authors of the 19th century. During this period, Cooper earned recognition for being the leading writer that began to use Native Americans and African Americans as part of his characters in his works. In the year 1940, the United States honored him by using his image on the commemorative stamp.