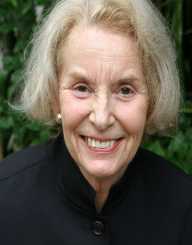 Ellen Gilchrist is an American writer who has eight novels and a good collection of short stories, nonfiction critiques, and poems to her name. Most of her work is based in her native Mississippi. She is noted for her unique set of characters and intriguing plotlines containing accounts of everyday life set in singular untypical settings. She won the National Book Award for her collection of short stories, Victory over Japan in 1984.

Gilchrist was born on February 20, 1935, in Vicksburg, Mississippi to Aurora and William Garth Gilchrist. When she was only fourteen, she penned her own column titled ‘Chit and Chat about This and That’ for a Kentucky paper. She did her Bachelors in Philosophy from Vanderbilt University in Nashville. She eloped and married when she was only nineteen. The marriage didn’t last and soon after she enrolled herself at Millsaps College in Jackson. Under the tutelage of famed writer Eudora Welty, Ellen gained a wealth of experience. She later studied creative writing at the University of Arkansas where she is currently a professor and has been teaching there for a number of years now. Ellen also worked as an editor for the weekly Vieux Carré Courier, primarily created for the French residents of Vieux Carré or the French Quarters, from 1976 to 1979. Later she worked as a commentator for two years on National Public Radio’s Morning Edition.

Gilchrist debuted with a book of poetry titled ‘The Land Surveyor’s Daughter’ in 1979. But her short story collections garnered critical acclaim and turned her into a household name. In 1981, she published her first collection of short stories, ‘In the Land of Dreamy Dreams’. The book was an instant hit. It sold over 10000 copies in the first ten months. The fact that made this particular accomplishment even more special was that the book didn’t get a big publisher and was released by a local university press with minimal promotional activities.

Most of her work revolved around the trials and tribulations in the daily lives of Southern women. Her trademark is the recurrence of the same characters in different stories and settings. Most notable among them would be Rhoda, the promiscuous and strong-willed red-head who lives her life on her own terms.

Ellen has been married four times. All four marriages ended in divorce. She has three children.

Apart from the National Book Award in 1984, Ellen has been bestowed upon with many awards which include the New York Quarterly Craft in Poetry Award, the Mississippi Academy of Arts and Science Award for Fiction, the National Endowment of the Arts Grant in Fiction, etc. She is a three-time recipient of the prestigious Mississippi Institute of Arts and Letters Literature Award for her short story collections - In the Land of Dreamy Dreams, Victory over Japan, and I Cannot Get You Close Enough: Three Novellas.