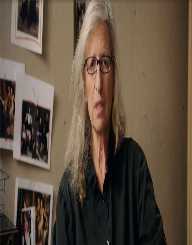 Anna-Lou aka Annie Leibovitz was born on October 2, 1949, in Waterbury, Connecticut. Born to Romanian-Jew parents, Annie, a third-generation American, was the third of six children. Her father, Samuel Leibovitz, worked as a lieutenant colonel in the U.S Air Force and her mother, Marilyn Edith, was a dance instructor.

Annie developed an interest in art while studying at the Northwood High School in Silver Spring, Maryland. She began practicing music and writing. Due to the nature of her father’s job, the family had to shift places frequently. Annie captured her first photographs during the Vietnam War when her father was positioned in the Philippines.

She took admission at the San Francisco Art Institute where she studied painting. During this period, she continued enhancing her photography skills and the works of Robert Frank and Henri Cartier-Bresson served as major inspirations for her. Post graduation, she took up various odd jobs including a brief stint on a kibbutz in Amir, Israel.

Annie’s career as a photographer began when Jann Wenner approached her in the year 1970. The founding editor of Rolling Stone was awestruck by Annie’s portfolio. He appointed her as a staff photographer at the firm which had just started operating out of San Francisco.

Annie’s first assignment was a shoot for The Beatles singer John Lennon. Two years later, in 1973, Jann Wenner promoted Annie Leibovitz to the position of Chief Photographer. She held the post for a decade and finally quit the magazine in 1983.

After her decade-long association with Rolling Stone came to an end in 1983, she signed up as the first contributing photographer for the magazine ‘Vanity Fair.’ In the same year, she published her first book ‘Annie Leibovitz: Photographs.’ In the 90s, she began focusing more on her works.

Wild, provocative photographs of celebrities became her distinctive style of photography. In her career span, Annie Leibovitz photographed celebrities ranging from Ellen DeGeneres to Bill Clinton. Considered as Leibovitz’s best work till date is the photograph of a completely naked John Lennon with his fully-clothed wife Yoko Ono captured just hours before Lennon’s assassination. The photograph became the cover of the Rolling Stone’s commemorative edition for Lennon.

In 1978, Leibovitz spent four days taking snapshots of Joan Armatrading for an album and became the first woman to do so. In 1991, Annie photographed a heavily pregnant Demi Moore in the nude. The photograph which became a cover for the magazine ‘Vanity Fair’ raked up controversy and also became a trendsetter as many heavily pregnant celebrities desired to pose for such photographs. It is considered as one of the most popular celebrity photographs till date.

In the year 2007, Annie Leibovitz became the first American to get the opportunity of clicking the official portrait of the British Royalty, Queen Elizabeth II.

Amongst her most notable works are photographs of celebs like Whoopi Goldberg, Sylvester Stallone, Caitlyn Jenner, Keith Haring, the first glimpse of Suri Cruise with her parents Tom and Katie Cruise and more recently, a photograph of Mark Zuckerberg with his pregnant wife, Priscilla Chan. She was also the principal photographer for the highly acclaimed 2016 Pirelli calendar featuring women viz. Amy Schumer, Serena Williams and Patti Smith.

Annie Leibovitz met writer Susan Sontag in the year 1989 while photographing the latter for her book ‘AIDS and its Metaphors.’ Though the two women never accepted their relationship, Leibovitz and Sontag shared a deep companionship which lasted until Sontag’s death in 2004. Annie Leibovitz gave birth to daughter Sarah Cameron Leibovitz in the year 2001 when she was 52 years old. In 2005, she opted for surrogacy and had two more daughters, Susan and Samuelle.