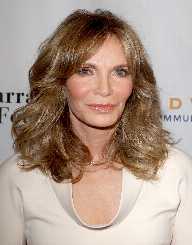 Jaclyn Smith is an American Actress and model born on October 26th, 1945. She is best known for her role in Charlie's Angels cast along with Farrah Fawcett as Kelly Garrett. Another film she has acted is 2010 1 a Minute. Also, she was a fashion icon of K-Mart. The talented actress initially dreamt of being a ballet dancer. However, she later realized that her true calling was in acting. In 2003, the actress battled with breast cancer.

Jaclyn Smith was born on October 26th, 1945. Her place of birth was in Houston, Texas in the United States. She is the daughter of Jack Smith a dentist and Margaret Ellen.

Jaclyn Smith attended Mirabeau B. Lamar High School. In 1964 she graduated and later studied drama at Trinity University located in San Antonio. Immediately after her college studies, she relocated to New York City. Her dream at the time was to be a ballet dancer. However, she changed her mind after she realized acting and modeling best suited her.

In the early 1970s, Jaclyn Smith got her debut break in the film industry. She appeared in many Breck Shampoo’s ads and eventually became its "Breck Girl." Meanwhile, she also pursued her modeling career and appeared in movies such as The Love Boat, McCloud, and Switch.

In 1976, she became renowned for her major role in Charlie's Angel. She was cast in the Television series as Kelly Garrett starring opposite Farrah Fawcett, Cheryl Ladd, and John Forsythe. The series concluded in 1981 after five seasons.

Jaclyn Smith continued her major roles in a film having gained much recognition after Charlie's Angel. She appeared in numerous movies in the 1980s including Jacqueline Bouvier Kennedy (1981). Her role in the film earned her a Golden Globe nomination for the category of Best Actress. Later in 1984, she appeared in George Washington. The following year, she was cast in Florence Nightingale.

Besides acting, Jaclyn Smith has also published a book with her first book titled The Jaclyn Smith Beauty Book. This was published in 1985. Also, she collaborated with Kmart chain and begun her clothing line.

In 1968, Jaclyn Smith tied the knot with her first husband actor Roger Davis. They later divorced in 1975. Subsequently, she wedded Dennis Cole, also an actor. This marriage also ended in divorce in 1981. Jaclyn Smith then exchanged wedding vows for the third time to Tony Richmond, a filmmaker in the same year. The couple was blessed with two children: Gaston and Spencer Margaret before divorcing in 1989. Hr current and fourth husband is Dr. Brad Allen whom she wedded in 1997. He is a cardiothoracic surgeon by profession.