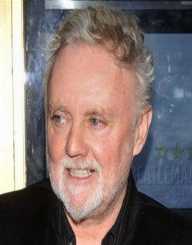 Roger Taylor was born on July 26th, in 1949. He is a prominent English musician, songwriter, and a talented singer. As a drummer, Taylor also earned fame while playing for the Queen rock band. Similarly, one of the famous compositions that gained him immense popularity was the hit song called “Radio Ga Ga.”

Roger Taylor was born on July 26th, in 1949.  His place of birth was in King’s Lynn, Norfolk in England. He was born in a new maternity ward that was recently opened by Queen Elizabeth II, who was then not a queen. Her mother, Mrs, Winifred Taylor was among those that were introduced to the future queen.

Roger Taylor kicked off his education by studying at the Rosebury Avenue School. Later, he moved with his parents to live in Truro, Cornwall. Here, he enrolled with Truro Cathedral School where he studied briefly before leaving. He then joined Truro School where he was a day scholar. After that, in 1967, he joined London Hospital Medical College where he took dentistry classes. However, he changed courses and pursued biology instead. He graduated with a Bachelor of Science Degree.

Roger Taylor demonstrated his love for music right from a tender age. He, alongside his friends, came up with their first band when he was only aged 7. Also, at the age of 17, he was a member of another rock band called Reaction.

From 1968 to 1970, Roger Taylor was a member of the Smile band. Other members of the band were Tim Staffell and Brian May. Taylor played the drums while May was the lead guitarist. On the other hand, Staffell was the lead vocalist. This band did not survive for long as it broke apart after two years of performing together.

Some of the songs that were released by the band include “Earth,” “Blag,” Silver Salmon,” and “Polar Bear.”

Roger Taylor later joined Queen band right after leaving Smile. The Queen band was initially called Genesis. Taylor had initially refused to drum for the band, but he was lured by Freddie Bulsara to join them. Taylor and his bandmates released their first album in 1973. Due to his exceptional songwriting skills, Taylor is regarded as the third best songwriter in the band.

Some of the compositions that Taylor wrote for the band are “The Loser in the End,” “Tenement Funster,” “Drowse,” “Stone Cold Crazy,” “Coming Soon,” and “Calling All Girls.” His most notable composition for the band was “Radio Ga Ga.”

Roger Taylor's first marriage was to Dominique Beyrand. The two lovers had two children together. He later went on to have an affair with Debbie Leng which resulted in three children in their relationship. After this, he married Sarina Potgieter in 2010. The two lived together for six years.