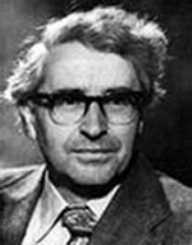 Not much is known about his early life except that Antony Hewish was born on May 11th, 1924. His birthplace was in Fowey, Cornwall in England. His father had a job as a banker. He is the last born and has two brothers. They later relocated to Newquay when his father was transferred. He was still a child then.

Antony Hewish began his elementary school in Newquay. He did his first experiment at a lab he had set up for their residents. He had his secondary education at King's College in Taunton. He completed in 1942 having passed with flying colors. He later took Physics and radiology classes at Gonville and Caius College. These colleges were under The University of Cambridge. Unfortunately, His education at the university was cut short a year later. He joined efforts in the military service and came back to study in 1946 when he accomplished his duties. He proceeded with his studies at Caius College. He completes in 1948 and graduated with a bachelor’s degree. He later had his Ph.D. in 1952

Antony Hewish joined Cavendish Laboratory after attaining his degree in 1952. Martin Ryle was the founder of the research group. It was then that he embarked on wrinkling of galaxies research. He attained his Ph.D. while working in the laboratory and continued working there after that. He also served at Gonville and Caius College as a Fellow Research until 1961. He would then come up with many discoveries. In 1964, for instance, he came up with the basis of measuring the solar wind. Antony Hewish also discovered the radio source which was the first pulsar. This was together with Jocelyn Bell who was among his graduate students.

Antony Hewish later joined Churchill College. He lectured at the college till 1969 upon which he became a reader. He became a professor in 1971. All this time he did his radio astronomy work along with his other duties at the college. He took the role of Martin Ryle as head of Cambridge Radio Astronomy Group in 1977. This was after Martin Ryle fell ill. Meanwhile, he also served as a professor in Royal Institution in London. From 1982-1988, he was in charge of Mullard Radio Astronomy Observatory.

Antony Hewish tied the knot with Elizabeth Catherine Richards in 1950. They were blessed with two children. Their son grew up to be a physicist and their daughter a language teacher.