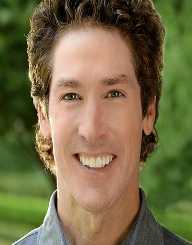 Joel Osteen is a religious leader of Texas. Today he is the televangelist pastor with millions of followers and has written numerous best-selling books.

Joel Osteen was born on March 5, 1963, in Houston, Texas. His father John was a Southern Baptist pastor who founded Lakewood Church. Joel Osteen has four brothers and sisters.

Joel Osteen got his start while producing the television productions for the megachurch Lakewood Church in 1982. He was responsible for setting up the television agency for the local Houston ministry show.

While working alongside his father, Joel Osteen grew up in the church. In 1992, he was ordained as a minister by the six-member church board, when his father died of a sudden heart attack in 1999,

Joel Osteen succeeded his father as the senior pastor of Lakewood Church. He only started delivering sermons a week before his father's passing.

Joel Osteen started gaining popularity on a national level after the publication of his first book. Your Best Life Now:  7 Steps to Living at Your Full Potential became a best seller. Lakewood Church also traveled across the country and gave programs in large venues.

Even his church at home was becoming too small. They moved into the Compaq Center in 2005 to accommodate attendance of about 43,000 people.

In 2007, Osteen's tour went beyond the United States and into Canada, England, Northern Ireland, and Israel.  His second book, Become a Better You: 7 Keys to Improving Your Life Every Day became another best seller.

Joel Osteen earns no salary as senior pastor of Lakewood Church. He makes his living through the books that he sells and is one of the top five paid pastors in the country. His sermons of hope and positive outlook goes well with his nickname of the “Smiling Pastor.” Joel Osteen highlights the blessings in life including health for the family and positive relationships.

According to the Joel Osteen Ministries, they are actively involved in feeding the hungry all over the world. They are also involved in healing the sick with vaccination programs and centers for troubled youth.

One of the Ten Most Fascinating People by Barbara Walters, 2006

Joel Osteen became the focus of controversy as early as 2007. Not only were his preaching methods found to be unorthodox, but further investigation revealed that he dropped out of college. In 2011, it was first mentioned on “Piers Morgan Tonight” how he never went to seminary or earned a degree in divinity. By 2013, people believed that he was a hoax and preaching the prosperity gospel.