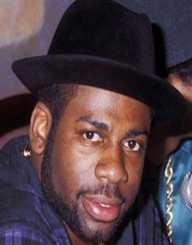 Jam Master Jay born as Jason William Mizell will forever remain as an all-star hip-hop DJ, and a staunch member of a rap family called Run- D.M.C. He was a New York Born who dreamt of becoming a professional DJ together with Darryl and Simmons. His ambitions were cut short following him being killed by an unknown gang in his studio in October.

On January 21, 1965, Jason William Mizell was born in Brooklyn, New York. His fondness for music was greatly seen at his tender age. At the age of five, he had already acquired a position in singing at the church as well as playing drums.

Jam Master Jay also learned trombone and tuba during his high school days. Guitar, bass, turntable, and keyboard were his favorite instrument. His family relocated to a suburb of Hollis where he took lessons on record scratching.

To earn a penny at the end of the day, Jam Master Jay started to work as a deejay as well as throwing small parties. His unique skill of playing different instruments simultaneously surprised even the unknown. It was here that he formed a hip-hop group in support with his high school friends. The group was called Run-D.M.C.

As a young and pursuing DJ, he was loved by many thanks to his turntable techniques. His records and beat were balanced and not to mention the scratches were lit. Jay’s mixes became the unique tones for some time. He moved the group a step forward by establishing it with exclusive brands such as gold chains, black hats, and Adidas.

In 1983 Run-D.M.C signed a lucrative contract with Profile Records. It was here that they recorded their first single called Its Like That. The song was received amicably on the R&B charts. This is what gave birth to a more booming album that was unleashed in 1984.

In 1985 King of Rock album skyrocketed to higher places. It turned out to be a signatory record for Run-D.M.C. Another rap was released titled Walk This Way. The single topped the chart which turned Jay into a superstar across the globe. In 2016 they received their first award Grammy Lifetime Achievement Award.

As a result, he helped those in need including upcoming artist such as 50 Cent. Before his death, he had already opened a Scratch DJ Academy in NY.

A sad ordeal happened on October 30, 2002, as Jam Master Jay was busy working at his NY studio. Sources say that Jay was shot and killed by two men who broke into the studio’s compound. He died at the age of 37. he was survived by his wife Terri Corley, a daughter and two sons.