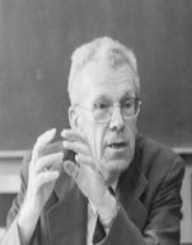 Hans Asperger was an Austrian medical theorist, pediatrician, and medical professor. Among his best work was “autistic psychopathy.” He was a bright student in his school days. His mentor at the University of Vienna was Franz Hamburger. He was particularly interested in the psychically abnormal children during his medical studies. Unfortunately for Asperger, most of his work received less recognition since they were all written in Germany. It was only until later when they have translated into English that these works gained much fame. Unfortunately, Hans Asperger had already died. The great man is remembered every 18th February his birthday. This day has been declared an International Asperger’s Day in his memory.

Hans Asperger was born on February 18th, 1906. His place of birth was in Vienna situated in Austria-Hungary. He had a small brother. As a child, Asperger had a challenge in socializing. Therefore, he led a lonely life. However, he was quite a bright student and did well in his studies.

Apparently, he joined the University of Vienna where he studied medicine. During this time at the university, he was mentored by Franz Hamburger. In 1931, he was through with his studies hence graduated. The following year, he joined the University Children’s Clinic situated in Vienna.  He had been appointed at of the play-pedagogic station of the special education section as the director.

Subsequently, he became its professor emeritus in 1977. During this time, he also served at the SOS Children’s Villages situated in Hinterbruhi as the head of the medical station. All the works by Hans Asperger were written in Germany. It was for this reason that they failed to gain much recognition. In 1991, Uta Farih translated his work into English. Consequently, his work then received the recognition it deserved. However, Hans Asperger was long gone. He was not lucky to enjoy this recognition of his great work.

Hans Asperger had five children after he tied the knot in 1935.

Hans Asperger took his last breath on October 21st, 1980 at the age of 74. His death occurred in Vienna.