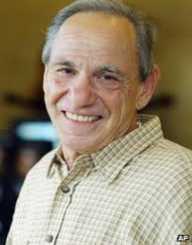 Henry Hill was a notorious criminal in the United States who later became an FBI informant. He was born on June 11, 1943, in Manhattan, New York, U.S.

He became a member of the famous criminal gang known as the Lucchese crime family between 1955 and 1980. He later became an FBI informant giving them leads that led to several arrests and convictions including Paul Vario and James Burke who were his former associates.

These activities changed his life and granted him freedom while his ex-counterparts had either been murdered or faced convictions. His story was written by Nicholas Pileggi in his book ‘Wiseguy: Life in a Mafia Family.’ The documentary was later adapted into a film titled ‘Goodfellas’ by Martin Scorsese.

Henry Hill Jr. was born on June 11, 1943, in Manhattan, New York. He was the son of Henry Hill Sr. who was an electrician and Carmela Costa Hill. He grew up in Brownsville, Brooklyn a relatively low-class environment together with eight of his siblings.

At an early age, he had witnessed the classy life of the mobsters like Paul Vario and desired to be like them. He purposed to be a gangster and also enjoy the glamour and flashy life he never had. In 1956, he joined a criminal gang led by James Burke and dropped out of school at the age of fourteen to work for the group. This was his first encounter with the Lucchese Crime Family associate and hijacker.

Henry Hill's first errand was to destroy the cabstand owned by Paul Vario’s rivals which he set on fire as part of his initiation into the gang. His first apprehension was at the age of sixteen when he was nabbed using a stolen credit card.

After much interrogation by the cops, he never gave any leads that would compromise his bosses which in turn earned him favor from both Burke and Vario. With Vario’s help, he was bailed out of jail. He was enlisted for service in the United States Army in June 1960 at the age o seventeen.

Henry Hill served under the 82nd Airborne Division at Fort Bragg in North Carolina. His three years service in the army was a deliberate decision since he feared the risk of being arrested by the FBI who had launched a fight against crime.

He was still involved in illegal activities while in the army including stealing a local sheriff’s car. He was locked in an enclosure for two months before his discharge from service.

Henry Hill returned to New York in 1963 and began organizing several crimes like arson, stealing cars, intimidation, and hijacking trucks. On April 7, 1967, he was involved in what is known as the Air France robbery stealing about 420,000 U.S. Dollars from a shipment. To handle the enormous sum, he distributed it among the gang members including Vario whom he gave 120,000 U.S. Dollars. He started a restaurant business with the remaining money in Queens Boulevard.

Although he had bought the restaurant to break free from crime, it became a den for gangs. He was involved in selling and trafficking drugs such as cocaine, heroin, and marijuana and was arrested on April 27, 1980. Supposing that his associates Vario and Burke wanted to kill him, he decided to become an FBI informant.

Henry Hill entered into an agreement with the United States Department of Justice Organized Crime Strike Force on May 27, 1980. His testimony gave the FBI leads which led to fifty convictions including Jimmy Burke, Paul Vario. This deal placed his wife and children under the U.S. Marshals' Witness Protection Program.

After prison life, Henry Hill was still involved in crime and was expelled from the protection program. He was divorced in 2002 after his arrest in 2001 on account of narcotics. He was later employed at an Italian restaurant in Nebraska as a chef and then in October 2007 started his restaurant known as ‘Wiseguys’ in Connecticut.

Henry Hill authored some books including ‘The Wiseguy Cookbook’ in 2002 and also co-authored ‘A Goodfella’s Guide to New York’ published in 2003. He also appeared in television shows such as ‘The Howard Stern Show’ and was a painter and sold his artwork on eBay.

Henry Hill married Karen in 1965 and had two children Gregg and Gina. They separated in 1990 when Karen filed for a divorce. He later married Kelly Alor and divorced in 1996 and was romantically involved with Lisa Caserta.

Henry Hill died on June 12, 2012, due to heart disease in Los Angeles at the age of sixty-nine. He was survived by his girlfriend of six years Lisa Caserta. He was inducted into the ‘Las Vegas Mob Museum’ on February 14, 2012.