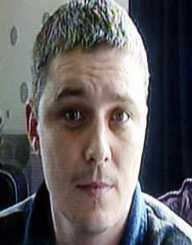 Ian Huntley was born 31st January 1974, to Kevin and Linda Huntley. He was born in Grimsby, Lincolnshire, in the United Kingdom. In early 1999, Ian Huntley was working as a barman. He met Maxine Carr who soon moved in with him, and she found local work at the fish processing factory. As well as his barman work, Ian Huntley also helped his father sometimes working as a school caretaker.

In late 2001, Ian Huntley applied for a caretaker position at Soham Village College, and he was successful with his application. He began working for the college in November 2001, which also had a caretaker’s cottage.

On Sunday 4th August 2002, two local ten-year-old girls named Holly Wells and Jessica Chapman walked past Ian  Huntley's house on their way home from the shops. Ian Huntley invited them inside on the pretext of his girlfriend, Carr, being there. The girls new Carr through their school where she was a teaching assistant. The girls went inside, and they were murdered shortly after that.

At 9.45 pm that evening, the girls were reported missing. The police searched for them over the next two weeks, and during this period, Ian Huntley was regularly on the news and in the media speaking about the shock that had consumed the local community. The police received several leads during the search period, but all proved fruitless. The next day, 17th August, the girls’ bodies were found in Suffolk, about 12 miles away.

On 20th August, Ian Huntley was charged with the murder of both girls. It was later determined there was no premeditation. Ian Huntley had a massive argument with Carr over the phone shortly before the girls walked past, and it is believed he asked the girls in on the spur of the moment and committed the murders in his rage.

Ian Huntley had been held in prison pending his trial. He tried to commit suicide which hadn’t worked, and he tried to make himself look mentally incapable of standing trial, but he was deemed fit, and the trial began on 5th November 2003. Ian Huntley admitted to manslaughter by way of killing the girls accidentally. The jury rejected his story and on 17th December 2003 handed in their verdict of guilty to both counts of murder.

Ian Huntley was sentenced to life imprisonment and was given a minimum term to serve of 40 years. After his sentencing, it also came out that Ian Huntley had been accused several times of sexual misconduct and rape over prior years, and he was suspected by the local police of being a serial sex offender.

Child murderers are not taken to kindly in prison, and Ian Huntley has been no different. He has been attacked on different occasions, including having boiling water poured on him, and his throat cut (although not life-threatening).

Ian Huntley has been moved to different prisons and continues to serve his time.