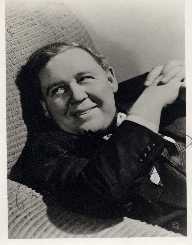 Charles Laughton was a British actor, director, producer, screenwriter and character actor born on July 1, 1899. Charles Laughton made a debut on stage in 1926 after a formal training at the Royal London Academy of Dramatic Art. Throughout his career, Charles Laughton  had diverse roles and impacted positively in Shakespeare at the Old Vic. Some of his popular films include The Barretts of Wimpole Street, Mutiny on the Bounty, The Hunchback of Notre Dame, Jamaica Inn and The Big Clock.

He has also collaborated with the like of Alexandra Korda in the film The Private Life of Henry VIII. Charles Laughton  also works on films in Broadway and Hollywood. His directed stage works include The Caine Mutiny Court-Martial and Don Juan in Hell and one film The Night of the Hunter. He is one of the respected actors of his time and that was achievement came with awards.

Charles Laughton was born to Eliza, and Robert Laughton in Scarborough, North Yorkshire, England. His parents were both hotel keepers. He started his education at local boysschoolScarborough College before moving to the Stonyhurst College. During the World War I, he served under, 21st Battalion Huntingdonshire Cyclist Battalion and the 7th Battalion of the Northamptonshire Regiment. Due to his interest in drama, he enrolled at RADA in 1925.

Charles Laughton  started a career working in his family hotel. That time he also took part in amateur theatricals in his town. Gaining some experience in theatre, he had his official debut in at the Barn Theatre with the comedy, The Government Inspector on April 26, 1926, and later at the Gaiety Theatre. His excellent role delivery further got him roles in the Cherry Orchard and The Three Sister by Chekov plays. Gaining popularity, he had a lead role in Sean O’Casey’s The Silver Tassie in 1928 in London where he played Harry Hagan.

Charles Laughton  also played in MrProhock by Arnold Bennett.Charles Laughton also played Samuel Pickwick in Mr Pickwick at the Theatre, 1928 to 1929 in London. At the peak of his career, Charles Laughton  ensured he never let any role go to chance. Charles Laughton  continued with his spectacular acting in plays like On the Spot by Edger Wallace and William Marbles Payment Deferred. Having paid his dues in the London theatricals, made a US debut at the Lyceum Theatre on September 24, 1931.

However, after two years of his stay, Charles Laughton returned to London for the Old Vic season and got four Shakespeare roles. He also had roles in The Cherry Orchard, The Importance of Being Earnest and Tattle in Love. Charles Laughton also explored opportunities in Paris, France in 1936 and at the Comedie-Francaise, he played in Le Medecin male Lui by Moliere as Sganrelle. Charles Laughton  was the first English actor to be in that theatre.

In 1931, Charles Laughton had a stage debut in New York which was the beginning of greater heights. In 1932, he made a Hollywood debut with the film The Old Dark House in which he played a Yorkshire businessman. It was followed with Devil and the Deep in which he played a manic submarine commander and also a role in The Sign of the Cross. 1933 started with a bang for Laughton and his role in The Private Life of Henry VIII which won him an Academy Award. Being now addicted to Hollywood, and continued with films like White Woman in 1933 and The Barretts of Wimpole Street in 1934.

Charles Laughton went into production when he partnered his German friend Erich Pommer to form Mayflower Picture in the UK. The first film of the production company was Vessel of Wrath in 1938 in which Charles Laughton and his wife Elsa Lanchester co-starred. It was followed by St Martin’s Line and then Jamaica Inn. The movies were not commercially successful , and that caused the bankruptcy of the company and subsequently folded up.

In 1955 Charles Laughton  directed The Night of the Hunter which had positive reviews and cited as one of the best of that time. The film was also selected by United States National Film Registry and kept at the Library of Congress. The Night of the Hunter was, however, that first and last film Laughton directed because it failed at the box-office .

On September 9, 1956, Charles Laughton  sat in for Ed Sullivan to host Elvis Presley on his maiden appearance CBS’s The Ed Sullivan Show. The show which had about 72 million viewers. Ed Sullivan was then recuperating from a car accident. He also twice hosted Festival of Music which was telecast on NBC Producer’s Showcase an anthology television series.

Charles Laughton  married to Elsa Lanchester in 1929 after two years relationship. The two remained married until his death and had no children. He died on December 15, 1962, to kidney cancer at age 63. He was cremated and ashes kept at the Court of Remembrance courtyard at Forest Lawn – Hollywood Hills Cemetery.