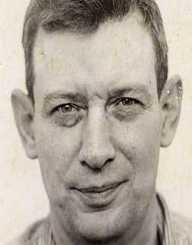 Famously known as the "Birdman of Alcatraz," Robert Stroud has been charged with manslaughter, assault and first-degree murder which labeled him as one of the most notorious criminals in the United States.

He died at the age of 73 on November 21, 1963, at Springfield Medical Center. Throughout his life, Stroud spent 42 years in solitary confinement out of the 54 years he spent behind bars.

Escape from the Alcoholic Father

Robert Franklin Stroud was born on January 28, 1980, in Seattle, Washington. Both of his parents, Elizabeth, and Benjamin Stroud were from a German lineage. He has two half-sisters from his mother's former marriage. When Stroud was 13 years old, he ran away from home due to his alcoholic father's abusive nature. Since then, Stroud worked a series of odd jobs until he found employment as a brothel-keeper in Cordova, Alaska at the age of 18.

While working as a brothel-keeper, Robert Stroud handled the prostitute named Kitty O'Brien. The 36-year old O'Brien, who also worked as dance-hall entertainer, was the cause of Stroud's manslaughter charge. While Stroud was away, a certain barman named Charle von Dahmer refused to pay for O'Brien's rendered services, even went as far as beating her up. Stroud was later informed of the incident which led to a confrontation with von Dahmer that led to a struggle. Von Dahmer was killed by a gunshot wound issued by Stroud. He later surrendered himself to the authorities, along with the murder weapon.

Because of this incident, Robert Stroud was charged with manslaughter on August 23, 1909, and sentenced to Puget Sound's McNeil Island to render penitentiary service of 12 years.

The Birth of the Notorious Criminal

Stroud was infamous at McNeil Island for being one of the most violent inmates at the time. Known as Prisoner #1853-M, he was reported to be responsible for a series of assault in the duration of his time there. Because of this, the court ordered for an additional six months, and he was transferred to Leavenworth's Penitentiary in Kansas.

While at Leavenworth, Stroud was filed with a new charge: first-degree murder. He stabbed officer Andrew F. Turner in the heart with a 6-inch shiv on March 26, 1916, because Turner has previously reprimanded Stroud for a minor violation.

Robert Stroud was initially sentenced to death by hanging, but tow other trials went underway. Finally, he was sentenced to life imprisonment in solitary confinement.

Robert Stroud came to fame as the "Birdman" when he found a nest of three injured sparrows in the prison yard in 1920. He nursed the sparrows back to health and took care of them well until their adulthood. At the time, inmates were allowed to buy birds, so he did so and raised money to support his mother while raising them. William Bidle, the warden in charge at the time, believed in Stroud's progressive military rehabilitation due to his canaries and supplied him with the necessary types of equipment for his ornithological purposes.

Due to his ornithological activities, Stroud authored two books about canaries: the first being Diseases of Canaries which was published back in 1933 and an updated version called Stroud's Digest on the Diseases of Birds in 1943. Both of these books were smuggled out of prison which brought forth the respect of other ornithologists.

Stroud was believed to have raised more than 300 canaries in his stay at Leavenworth until he was transferred to Alcatraz Federal Penitentiary on December 19, 1942. Forced to leave all things related to ornithology at Leavenworth, he dedicated his time by studying the law and the French language until his health deteriorated which ultimately led to his death in 1963.

A book was published in 1955 entitled "Birdman of Alcatraz" by Thomas E. Gaddis based on his life which was later adapted into a 1962 film of the same name starring Burt Lancaster as Stroud and directed by John Frankenheimer. Stroud was not allowed to read the book nor view the film upon its release.