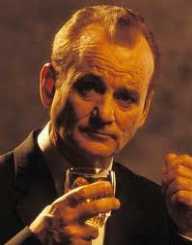 American comedian and actor Bill Murray was born on the 21 September 1950 in Illinois to Edward Murray and Lucille Collins. There were nine children in the family.

Bill Murray was educated in the Catholic school system attending St Joseph’s and the Loyola Academy before enrolling a Regis University in Denver, Colorado. He did a few pre-med courses before dropping out of university.

Initially, Bill Murray started acting in a comedy troupe in Chicago. He then moved to New York City in 1974 and appeared on The National Lampoon Radio Hour. In 1976 he joined Saturday Night Live and remained with the show until 1980.

Bill Murray was married to Margaret Kelly between 1981 and 1996. He then married Jennifer Butler in 1997, and they divorced in 2008. He is the father of six children.