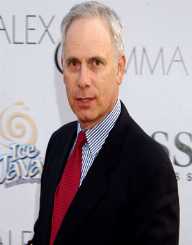 Christopher Guest is a multi-talented British-American personality who rose to fame by starring in a lot of mocking-documentary, or mockumentary, films. Most prominent of these is This is Spinal Tap which aired in the early 1980's.

Guest is married to Jamie Lee Curtis, also a well-known actress. The couple did not have any biological children but opted to adopt instead namely Anne Haden-Guest and Thomas Haden-Guest.

Although more famous for his involvement in the entertainment industry, Guest came from a titled family. Unbeknownst to many, he has a British peerage due to his lineage. Guest has the title of the 5th Baron under his name, with his father being the 4th Baron Haden-Guest.

Born as Christopher Haden-Guest on February 5, 1948, he was the son of Peter-Haden Guest and Jean Pauline Hindes. His father was a UN Ambassador for Britain while his mother was the casting vice president of American English network station CBS.

Christopher Guest was born in New York City, but he spent a portion of his childhood on his father's nation in the United Kingdom.


A Heart Inclined To The Arts

Guest took an interest in music and studied classical music while he was enrolled at Stockbridge School located in Massachusetts. From there, he studied the clarinet and gradually moved on the mandolin and guitar. While he was still a university student, he performed gigs with a couple of friends, most notably with Arlo Guthrie.

Next to music, Guest took a step towards the world of theatre and drama. His debut stage was on 1971; wherein Guest appeared in Michael Weller’s play entitled Moonchildren. From there, he moved to Broadway then turned to radio castings.

This Is Spinal Tap

His career skyrocketed when he landed the role in Rob Reiner’s 1984 mockumentary film entitled. This is Spinal Tap. The story revolves around the lives on the tour of Spinal Tap, a British Heavy Metal band. The film was a hit due to its spontaneous dialogue and on-the-spot acting of the band.

Following this appearance, he was cast on NBC's Saturday Night Live (SNL). His casting at SNL was termed for a year only, between the seasons of 1984-1985.

Due to the success of This is Spinal Tap, Christopher Guest moved on and started to write scripts for his own mockumentaries of which he frequently collaborated with Eugene Levy. Their usual cast of characters is namely Jane Lynch, Catherine O’Hara, Jennifer Coolidge, Michael McKean, Fred Willard, John Michael Higgins, Parker Posey, Ed Begley Jr., and Bob Balaban.

Christopher Guest also involved himself in films of which notable among them is his character, Count Rugen, in The Princess Bride. He was also included in the 1996 comedy classic entitled Waiting for Guffman.

Christopher Guest attachment of music led him to join the Beyman Bros. On January 20, 2009, they released their debut album entitled Memories of Summer.