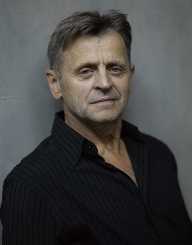 Mikhail Nikolaevich Baryshnikov was born in Latvia on the 27 January 1948. His father was a colonel in the Soviet army, and in his teens, his mother committed suicide.

In 1963, in his sixteenth year, Mikhail Baryshnikov started training at the Vaganova Choreographic Institute under the guidance of choreographer Alexander Pushkin.

Mikhail Baryshnikov made his debut with the Kirov Ballet, dancing Giselle (1967), then later dancing in Gorianka (1968) and Vestris (1969). Vestris is a role that Baryshnikov has made his own and one which is most often associated with him. Audiences were entranced with his technical skill as well as his commanding physical strength and presence. Baryshnikov soon became recognized as one of the Soviet Union’s most impressive ballet dancers.

In 1974, Mikhail Baryshnikov appeared with the Bolshoi Ballet in Toronto and subsequently defected to Canada. He gave his reasons as feeling stifled in his home country. He felt that he needed more artistic and personal freedom to continue to grow as a dance.

The American Ballet Theatre accepted Mikhail Baryshnikov, and audiences again were enthralled with his dancing, turning out in large numbers to see the Russian defector. In 1977, he acted in The Turning Point with Shirley MacLaine and Anne Bancroft. In 1978, he joined the New York City Ballet and was working with choreographers such as George Balanchine and Jerome Robbins. In 1980, returned to the American Ballet Theatre as artistic director and principal dancer.

Apart from his dancing career, Baryshnikov’s striking good looks attracted attention from the film industry. He appeared in two award-winning documentaries and as well as White Nights (1985). This film saw Baryshnikov starring with Gregory Hines. He was also part of a 1989 production of Metamorphosis.

He also had perfume, Misha.

One of Baryshnikov’s first awards was winning a dance competition in 1966 in Bulgaria and being award with a gold medal. Mikhail Baryshnikov subsequently won another gold medal at the First International Ballet Competition in Moscow in 1969. In 1977, he was nominated for an Academy Award for his role in the dance film, The Turning Point. In 1979 and 1980, he won two Emmy Awards. In December 2000, he was honored at the Kennedy Center Honor Awards, for a lifetime of extraordinary achievement.

Mikhail Baryshnikov had a relationship with American actress Jessica Lange, and they had a daughter Alexandra (b.1981). He is married to Lisa Rinehart, and they have three children. A son, Peter, and two daughters, Anna and Sofia-Luisa.

Mikhail Baryshnikov started a contemporary dance project with Mark Morris (1990-2002). The project was entitled the White Oak Dance Project. It focused on emerging, adventurous and avant-garde dance working with people such as Jerome Robbins and Twyla Tharp.

In 2004, he opened the Baryshnikov Arts Centre in New York City. The enterprise includes performance spaces, studios, offices and a theatre.

Between 2003 and 2004, Mikhail Baryshnikov appeared in Sex and the City as Sarah Jessica Parker’s love interest, playing a Russian artist.

Mikhail Baryshnikov has continued dancing into his sixties. In 2011 and 2012 he starred in In Paris, play. And in 2013, he was in Man in a Case, an experimental theatre production.

Mikhail Baryshnikov is considered one of the greats of ballet, often mentioned with alongside Nijinsky and Nureyev.

Mikhail Baryshnikov was in his prime as a ballet dancer when he defected from the Soviet Union in 1974.