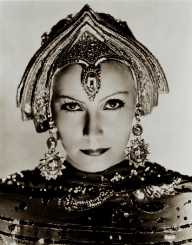 Margaretha Geertruida “Margreet” MacLeod, better known as Mata Hari was born 7th August 1876, to Adam Antje Zelle. She was born in Leeuwarden, in the Netherlands. Hari had three siblings, all brothers, of which she was the oldest. Her father was an affluent businessman, and Hari wanted for nothing like a growing child. She also received the best in education.

Her parents divorced when her father went bankrupt in 1889. Her mother died in 1891. After her father remarried, Hari went to live with relatives, eventually ending up in The Hague with her uncle.

When she was 18, Mata Hari responded to an ad in the newspaper for a Captain of the Dutch Colonial Army, who was looking for a wife. Rudolf MacLeod and Hari married in July 1895, and they had two children.

MacLeod was serving in the Dutch East Indies (modern day Indonesia), and the marriage enabled Hari to join the Dutch upper class. It also gave her financial security. Unfortunately for Hari, MacLeod was an alcoholic who beat her all the time.

Hari moved in with another officer, and she began to study traditions of the local culture. She eventually returned to her husband, but nothing changed. The two children became extremely ill in 1899. Their daughter survived, but not their son. The family moved back to the Netherlands, and the couple separated in 1902, with the divorce finalizing in 1906.

Mata Hari moved to Paris in 1903. She tried to earn a living as a horse rider in a circus, and she posed for artists on the side. She learned to dance, and by 1905 she was becoming well-known as an exotic dancer. She had a booking agent, and she learned to dance from the leaders of early modern dance, Isadora Duncan and Ruth St. Denis.

Hari showed off her body in promiscuous performances, much to the delight of her audiences. She was an instant hit after her debut act. The highlight of her performance was removing her clothes piece by piece until she only had her jeweled breastplate on. Most people didn’t realize she had a body stocking on.

During her career, Mata Hari moved in high society and had many relationships with important men including politicians and high-ranking officers. Her popularity saw her travel to many countries and meet with many men.

When World War I broke, Mata Hari continued her travels. She was having a relationship with a Russian pilot, Captain Vadim Maslov. Maslov was shot down and blinded in 1916. Hari travelled to see him, but she was told by agents of the French intelligence agency, Deuxieme Bureau, that she could only see Maslov if she became a spy for them.

They wanted her to spy on Germany, and by getting involved with the Crown Prince Wilhelm, they were hopeful Hari might be able to gather information. What the Bureau didn’t realize, was that the Crown Prince had very little influence on what was happening in Germany.

In 1916, she was arrested when the ship she was travelling on sailed into a British port called Falmouth. She was interrogated, but she was then allowed to continue her passage.

In December of that year, she had the names of several Belgian agents. Five of them worked for the Germans, and one was a double agent, working for Germany and France. The Germans executed the double agent two weeks after Hari left Paris, and this showed the Second Bureau that Hari had given the names of the spies to the Germans.

Mata Hari was arrested in Paris in February 1917. She was accused of being a German spy, and for causing at least 50,000 deaths among soldiers. Neither the British or the French could come up with proof or evidence of the accusations cast against her.

Although Mata Hari didn’t pass on any important information, the French government, under their new ruler, needed a scapegoat, and Hari was it. She was executed on 15th October 1917, by a firing squad.

At the Frisian Museum in Leeuwarden, there is a room set aside for Mata Hari, with several of her possessions and some of her scrapbooks.