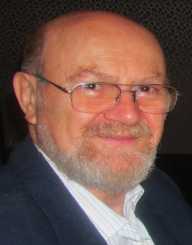 Cyril Domb was born on December 9th, in 1920. He earned his fame for being a theoretical physicist. He earned high acclaim following his works on the critical phenomena of fluids as well as phase transitions. Cyril Domb was also a deeply religious individual and tried his best to unite science and religion through his works.

Cyril Domb was born on December 9th, 1920 in North London. From the Jewish religion, his date of birth came at a time when they were celebrating Hanukkah. Both his parents were from varying descents. Yoel, his father, was from Warsaw. On the other hand, his mother was of Polish descent. At the time of his birth, Cyril Domb was given the name Yechiel. This was a Hebrew name.

Right from a tender age, Cyril Domb had tutors paid that would help him in better understanding the classical Jewish studies. Additionally, he joined Torah classes tutored by Rabbi Eliyahu Eliezer Dessler.

Cyril Domb was a good mathematician, and he showed his skillful nature while attending the Hackney Downs secondary school. Accordingly, he earned himself a scholarship to study at Pembroke College in Cambridge. He earned his mathematics degree in 1941 from the same institution. Afterward, he went to Portsmouth where he became a member of the Admiralty Signal Establishment. This was an opportunity that allowed him to work on the required radar systems to be used in World War II.

After the culmination of the world war, Cyril Domb joined Cambridge University where he earned his Ph.D. in 1949.

During the late 1950s, Cyril Domb aided in establishing the British Association of Orthodox Jewish Scientists. Subsequently, he served as the president of the organization. At the beginning of the 1960s, Cyril Domb had instigated his works on trying to reconcile the contradictions that had been laid down about Judaism and science. Around this period, The Jewish Chronicle had queried him to offer an article of 1000 words indicating how the Steady State and the Big Bang theories were related to Jewish teachings. His works gained the attention of Menachem Mendel Schneerson, a notable Jewish leader. Schneerson encouraged Cyril Domb to keep up with his writings on educating religious cynics that there was no much difference between religion and science.

A few years later, Cyril Domb published a set of related articles under the title Challenge: Torah views on science and its problems – 1976. This is a work he did with Rabbi Aryeh Carmell.

In 1957, Cyril Domb leads Shirley Galinsky to the altar. The two had six children in their marriage.