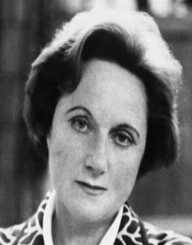 Elizabeth Coles Taylor was born in Reading, England on July 3, 1912. She grew up in an educated family. Her father Oliver Coles worked as an insurance inspector. Taylor studied at The Abbey School in her local town in Reading. Upon graduating from school, she had several jobs, including teaching and working as a librarian.

In 1936, she got married to John William Kendall Taylor. At the time, John Taylor owned a confectionary business. After their nuptials, the couple settled in Penn, Buckinghamshire. Elizabeth Taylor had two children with her husband.

Like most literary critics and publishers, Taylor had a clear political opinion. She liked the Marxist ideology of the British Communist Party in her younger days. As she matured in her political opinion, she drifted to the British Labor Party. She remained a vibrant supporter of the party for the rest of her life. Despite witnessing the British Empire fall from its glory in the 1950s and 1960s, Taylor expressed little nostalgic feelings about the loss.

On her religious affiliation, she never subscribed to any faith. Taylor maintained an atheist approach in her daily life. She believed in her liberal views of letting everyone decide what deity to believe in.

Elizabeth Coles became famous for her work as a novelist. In reality, she did only twelve novels as compared to over sixty short stories. She debuted in the publishing world in 1945 with her novel At Mrs. Lippincote’s. The novel was reproduced again in 1988 by the Virago Press in England. In the novel, she narrates the story of a young English woman who got married to a military officer. During the WW1, the woman refused to support her husband and did the contrary. The novel was followed by Palladian, a novel published in 1946.

The 1961 novel The Soul of Kindness became one of her bestsellers. In 1971, she published the novel Mrs. Palfrey at the Claremont. She crowned her novel-writing career with a posthumous release of the novel Blaming. The 1976 novel got published several months after her death.

In her novels, Elizabeth Coles fondly used a similar pattern throughout her writing. Taylor used the daily happenings in life to depict her story. Her characters in the stories mirrored the middle and upper class of British society. Taylor bore the brunt of her critics who labeled her as discriminatory to the low-income earners in the society. She got staunch support from some literary quarters who hailed her for the precise use of the English language.

The rest of her short stories collections were done after her death. In 1995, her collection titled Dangerous Calm was released, followed by the 2012 release titled Complete Short Stories. A commemorative collection titled Elizabeth Taylor. A Centenary Celebration was published in 2012. In 2014, her last collection got release to the public readers.

In the individual short stories publications, Taylor made over sixty releases. She published most of the work in journals and other print media houses in London and New York. Literary critics compared many similarities of her work to others like Jane Austen and Elizabeth Bowen. They noted the influence of each author in work the other during their publications.

In her work, Taylor used her mastery of the English grammar to eloquently express her ideas on paper. Her sarcasm and explosive turn of scenes within the storied enticed the reader to continue exploring the book. She glued her readers to her stories with a pinch of suspense in almost all of her stories.

Despite publishing fewer novels than most of her literary peers, she is still considered one of the most prolific authors in the British literary history.

Elizabeth Coles Taylor died on November 19, 1975, in Penn, Buckinghamshire. The official coroner’s report indicated cancer as the cause of her death. She died at the age of 63 years. She was survived by her husband and their two children.

Filmmakers in England have turned some of her work into film productions. Her novel Mrs. Palfrey at the Claremont graced the big screen as a film in 2005. In 2007, the French adapted her 1957 novel Angel into a big screen film