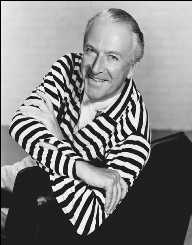 British photographer and designer Cecil Beaton was born in Hamstead,England,United Kingdom on the 14 January 1904 to Esther Sisson and Ernest Beaton. The couple had four children: Reginald, Cecil, Louise and Nancy.

Beaton attended Heath Mount School and St Cyprian’s School before becoming a pupil at Harrow School and then Cambridge University. He studied art, architecture and history but left university before he completed his degree (1925).

Beaton was given his first camera when he was eleven years old. One of his early portraits is of his sister Baba, taken in 1922. His first exhibition was in 1927, and today is recognized for this red signature of the photographer. Edith Sitwell sat as one of his models, and when her influential family took an interest in his work, this helped established Beaton as one of the most fashionable young photographers of his generation.

A breakthrough in his career was when he was awarded a contract with Vogue magazine in 1927. This collaboration proved to be successful, and he was associated with the magazine for decades. Beaton was also associated with Stephen Tennant, and his photographs of their circle of friends remain of interest to historian because of their representation of the younger generation in the upper classes of Britain in the 1920s and 1930s. The Royal Family commissioned Beaten to photograph Her Royal Majesty, the Queen Elizabeth at Buckingham Palace 1939.

During World War II, he was appointed a war photographer, and his images of the German Blitz became famous. He was the photographer chosen for the wedding of the Duke and Duchess of Windsor. Other celebrities he photographed include Gary Cooper, Marlene Dietrich, Johnny Weissmuller (the actor who portrayed Tarzan on film), Coco Chanel, Jean Cocteau and Pablo Picasso. Many of these celebrities became his friends.  Beaton worked on Broadway and in Hollywood. He designed the costumes for Lerner and Loewe musicals in the 1950s. He was designer for Audrey Hepburn in My Fair Lady (1964) and also did the costumes in On A Clear Day You Can See Forever (1970). On Broadway, the plays he worked on include The Chalk Garden (1955), Saratoga (1959) and Coco (1969).

Beaton also designed the costumes and sets for the opera Turandot which played at Covent Garden, London as well as the Metropolitan Opera, New York.  During the 1950s, Beaton photographed many of the famous women of the decade including Audrey Hepburn, Elizabeth Taylor, Grace Kelly, Ingrid Bergman and Maria Calls. His male subjects included Lucian Freud, Frank Sinatra, Dean Martin and Francis Bacon. A versatile photographer, Beaton changed his style in the 1960s and captured the famous people of that decade including Mick Jagger, Jean Shrimpton, and Rudolf Nureyev.

After the stroke in 1974 disabled him, Beaton arranged to have his photographic archive auctioned off between 1977 and 1980.

Beaton suffered a severe stroke in 1974.

Working as a photographer in New York during the 1930s, he inserted an anti-Semitic word into an American Vogue illustration. The word was detected, he was fired and returned to England.

He leased Ashcombe House in Wiltshire (1930-1945) and then purchased Reddish House (1947) which became his permanent home until his death in 1980. Beaton was bisexual and had relationships with men and women including Greta Garbo, Doris Castlerosse, and Kinmont Hoitsma. Hoitsma was his partner at the time of his death. In January 1980, Cecil Beaton died at Reddish House in Wiltshire, England. He was 76 years old.