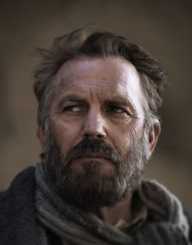 William Anderson Hatfield best known as Devil Anse Hatfield headed his family in the bloody and infamous Hatfield-McCoy feud along the Kentucky-West border. Born on September 9, 1839, he survived the violent hostility and in 1891, agreed to end it. The Hatfield-McCoy feud has since become one of American folklore.

William Anderson Hatfield was born on September 9, 1839, in East Virginia (presently Logan, West Virginia) as one of the 18 children of Nancy Vance and Ephraim Hatfield. His father was of an English and Swedish descent while his mother was of Scot-Irish descent. His nickname Devil Anse has been attributed to different sources, with some saying his mother gave it to him, it was by Randolph McCoy, he earned it during the American Civil War among others.

During the American Civil War, Devil Anse Hatfield enlisted in the Confederate Army. In 1862, he was commissioned a First Lieutenant of Cavalry in the Virginia State Line, which had the duty to safeguard the territory along the Kentucky-Virginia border. After the disbanding of the Virginia State Line in 1863, he joined the 45th Battalion Virginia Infantry as a private, graduated to first lieutenant and later captain of Company B. Devil Anse joined his uncle Jim Vance to form the Logan Wildcats, a guerrilla-fighting unit within the confederate. After the war, he resorted to farming, real estate buying, and timber logging, which was very successful.

The violent Hatfield-McCoy feud began on Election Day in Kentucky on August 7, 1882, when Devil Anse’s brother, Ellison, and Randall McCoy’s son Tolbert fought. Tolbert’s brothers Pharmer and Randolph Jr. joined the fight, ended up stabbing Ellison multiple times and shot him. Though the McCoy brothers were later arrested, they were never jailed for the act.

Devil Anse Hatfield was angered upon hearing the altercation and therefore grouped some supporters, went to the law officers and took the McCoy brothers. They brought them West Virginia, where Devil Anse held them captives and later killed them after hearing his brother had died from injuries sustained from the fight. Devil Anse and his accomplices were neither arrested nor faced trial for the brutalities.

Five years later in 1887, Perry Cline, a lawyer, deputy sheriff and deputy jailer in Pike County, Kentucky successfully convinced the governor of Kentucky to pursue Devil Anse and other perpetrators of the crime. He hired "Bad" Frank Phillips to assist in arresting them while other bounty hunters and detective joined. They succeeded in capturing many Hatfields, including Devil Anse's brother Valentine.

To end the trial and help release his arrested family members, Devil Anse Hatfield organised a group including his sons Johnse and Cap and his uncle Jim Vance to attack the McCoys home on New Year's Day 1888. He believed once the McCoys are dead, the case would end naturally. According to some accounts, Devil Anse was not part of the raid because he was ill, while others claim he knew nothing about the plan.

The attack on the McCoy family took the life of several family members but Randall McCoy, his wife, and two daughters survived. This barbaric act received national and press attention. Most of the Hartfield family members and supporters were arrested and brought to justice. Nine of them received a life sentence in 1889 after they were found guilty. Devil Anse Hatfield's nephew, Ellison Mounts murdered Randall’s daughter Alifair McCoy, for which he was executed in 1890.

Devil Anse Hatfield, however, escaped being tried for his involvement in the crimes. He avoided capture by relocating to a remote location at Island Creek where he went into farming. He later underwent reformation and was baptized in 1911. The Hatfield-McCoy feud has been documented in several books, movies, and documentaries. Kevin Costner played Devil Anse with Bill Paxton as Randall McCoy in the miniseries Hatfields & McCoys in 2012.

Devil Anse Hatfield married Levisa Chafin in April 1861, with whom he had thirteen children. He died at age 81 on January 6, 1921, of pneumonia in Stirrat, Logan County, West Virginia. He was buried in the Hatfield Family Cemetery in Southern Logan County. The family had a life-sized marble statue built in his honour. The statue still stands.