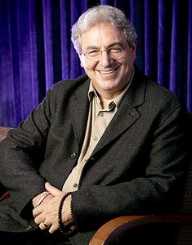 American actor and comedian Harold Ramis was born on the 21 November 1944 in Chicago, Illinois to Nathan Ramis and Ruth Cokee.

Harold Ramis graduated from Nicholas Senn High School in Chicago in 1962 and then enrolled at Washington University, St. Louis, Missouri (1966). At university, he began experimenting with writing scripts for comedy.

Harold Ramis worked as a substitute teacher in Chicago while at the same time doing freelance writing for the Chicago Daily News. He was also got involved an improvisational comedy troupe, Second City in 1969.

Harold Ramis had a daughter Violet with his first wife, Anne Plotkin. They divorced, and he later married Erica Mann with whom he had two sons, Julian and Daniel.

Harold Ramis died on the 24 February 2014. Ramis died from autoimmune inflammatory vasculitis, a disease which causes inflammation of the blood vessels.