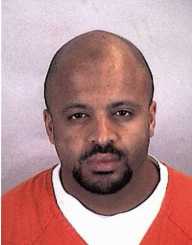 Zacarias Moussaoui? is a convicted terrorist serving six life sentences in a US jail, for conspiring to kill Americans on September 11, 2001, attacks in the USA.

Zacarias Moussaoui was born to immigrant Moroccan parents in France on May 30, 1968. His father Omar divorced his mother Aicha when Moussaoui was still a toddler. Moussaoui grew up under the care of his mother. He had three other siblings. He endured poor conditions during his upbringing. His mother worked as a cleaner with minimal wages.

In 1982, Moussaoui moved with his family into a better house in the French town of Narbonne. He went to local public schools in France. Moussaoui was gifted both in class and in the field. He posted good grades in his academics and played in the school handball team. As a foreigner, he faced first-hand discrimination from the community. In school, he was bullied by other French students for being an Arab. Moussaoui was relegated to minor vocational subjects during the career week by the advisors. He could not make it on tough subjects for being an Arab. He faced another derogatory rejection from his girlfriend’s father. Moussaoui was dismissed by the father for being of Moroccan origin.

After his high school education in France, he went to study in the US. After his first degree in the US, he went to London in 1993. He enrolled at the South Bank University for a master degree. In 1995 Moussaoui graduated with a Master degree in International Business.

In London, he attended several mosques frequented by jihadist organizations. In the Brixton Mosque, he became interested in the teachings of the jihadist group Al Muhajiroun. Al Muhajiroun called on foreign immigrants to embrace the jihadist concept. Brixton, a previously moderate preaching mosque became a hunting ground for Al Muhajiroun scouts. Moussaoui was expelled from the mosque after starting to adorn military fatigues associated by the Al Muhajiroun.

He became close with suspected members of the Finsbury Park Mosque. The mosque was the seat of the exiled Egyptian born cleric Abu Hamza Al Masri. In 1996 Moussaoui was put under the French surveillance by the French security agents. He slipped to Afghanistan for some paramilitary training in 1998. He returned to Britain in 1999.

Moussaoui met a suspected jihadist Yazd Sufaat in Malaysia in September 2000. He worked for Sufaat for a while under his business umbrella. US security forces placed other US plane hijackers as workers at the Sufaat business enterprise in the early months of 2000. Moussaoui received travel papers and monetary funds to help him travel to the US.

He arrived in the US in early 2001. He enrolled for flying courses at the Airman Flight School in Oklahoma. He stayed at the school and had flying time. Moussaoui failed his final exam test. He was one of the many hijackers studying to be pilots in the US. He received a bank transfer of funds from Marwan Al Shibh. Al Shibh was one of the al Qaeda operatives in Germany. He later became one of the suicide hijackers into the Twin towers attack.

Moussaoui enrolled at the Pan Am International Flight Academy in Minnesota. He trained for two weeks using an aircraft simulator. He was singled out as a possible replacement for one of the hijackers. Moussaoui never made it to the list. The flight school suspected his movements and reported him to the authorities. The FBI started tracking him.

Moussaoui was arrested on August 16, 2001, by the FBI in Minnesota. The agents sought permission to confiscate his laptop and other materials for investigation, the FBI headquarters negated the idea. The search would infringe on the suspect's rights of privacy.

In a bargaining plea confession, Ahmed Ressam told the FBI that Moussaoui was a former comrade in their training in Afghanistan. He further singled out Moussaoui as the possible replacement of any of the hijackers of the US plane attacks. Unfortunately, Ressam’s confession came after the attacks had been orchestrated.

In court, Moussaoui pleaded not guilty to the six charges of terrorism. Since he was in jail on the day of the attacks, the prosecution failed to directly link him to the crimes. He later pleaded guilty to the charges and sentenced to six life sentences in jail. He was not given any option of parole. The US authorities received background records of his activities from the Germans and the French. They used the information in the case.

In a quick rejoinder on the confessions in May 2006, Bin Laden stated that Moussaoui was not part of the plot and had never before been part of Al Qaeda. Moussaoui also implicated high profile members of the Saudi royal household as financiers of the attacks. The royal family has never commented on the statement. One of the mentioned was Prince Salman bin Abdul-Aziz Al Saud. He became the Saudi king in January 2015. Despite several attempts by US lawmakers in Congress to investigate the Saudi connection, all successive US presidents have not picked up the matter.

Moussaoui rescinded his guilty plea and tried to get a fresh trial. He was denied since federal laws prohibit recalling of a plea after a sentence has been passed.